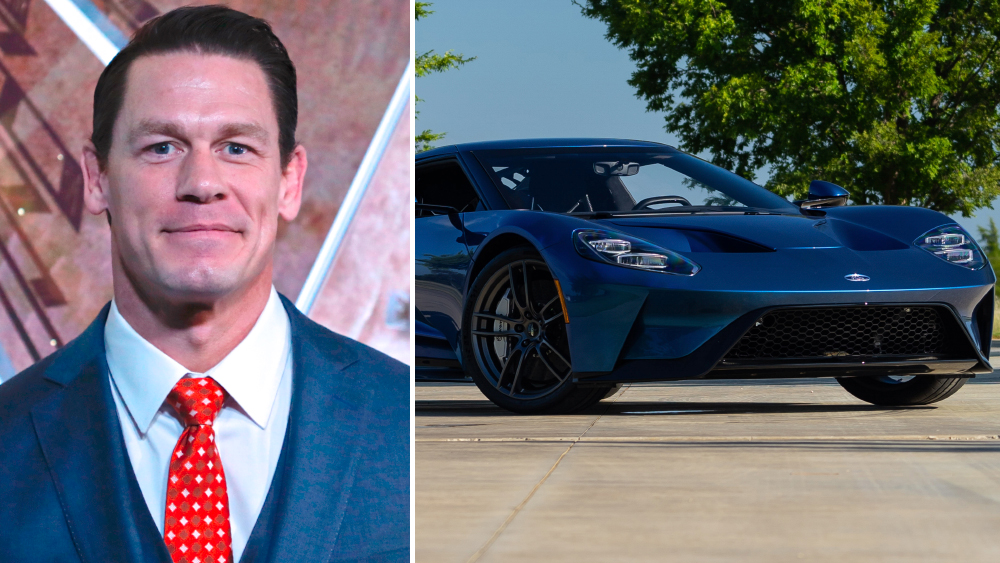 Is John Cena’s 2017 Ford GT cursed? The Liquid Blue GT is officially looking for its fifth owner, one who can hopefully give it a forever home. (And maybe drive the damn thing? More on that in a second.)

On October of 2017, Cena took delivery of this GT, and by November 30th, the pro wrestler-turned-actor already sold it and pocketed a large profit. This allegedly violated the terms Ford outlined for new GT owners, contractually mandating that all owners keep their supercars for at least two years—a bid to thwart profiteering and help protect the GT’s resale value. The Blue Oval promptly sued Cena, and the two parties reached a settlement agreement several months later in July of 2018, with Ford kindly donating the proceeds from the sale to charity. (Ford also sued the dealership that sold Cena the GT, and that case is still ongoing.)

Meanwhile, the car has changed hands twice and now it’s about to go under the hammer again at Mecum’s Indianapolis 2019 auction in May. A farmer snapped up the GT from Cena with a mere 30 miles on the odometer, but wound up selling after a year because the ingress and egress were too difficult on his bad back. He’d put only 600 miles on the beast decided to sell because he believed cars “should be driven and it shouldn’t be sitting there,” per Jalopnik.

The third owner forked over $1,540,000 to take delivery after a Russo and Steele auction at Monterey’s Car Week last August. He would sell it a few months later at an October Mecum auction in Dallas for $1,320,000. That’s what the industry folks would call an enormous bath. The recorded mileage on the GT as it crossed the Dallas block was 626, and now it’s showing 635 miles, meaning the fourth owner has driven less than 10 miles.

In addition to a clause about not selling the thing too fast, we’d humbly suggest a contractual mandate to actually drive the car. That 3.5-liter V-6-powered coupe is absurdly fun on the road and downright lethal on a track, so to just leave America’s 647-horsepower supercar sitting around is a crime. Here’s to the fifth owner being its last and that it’ll get many chances to run as hard and fast as Ford intended it to.