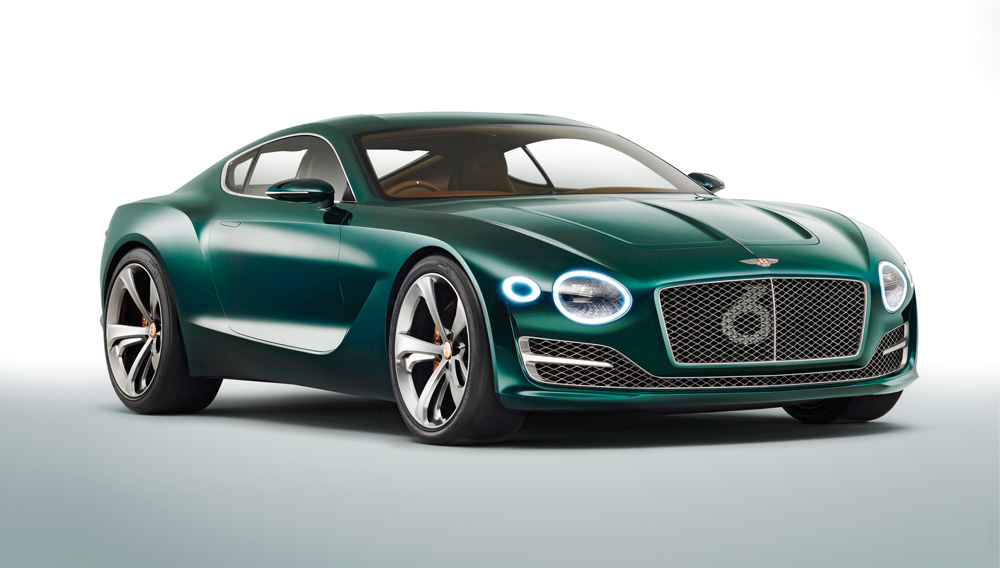 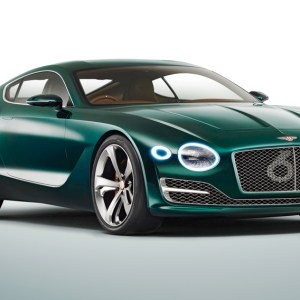 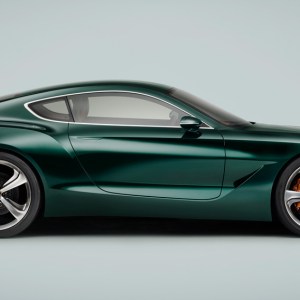 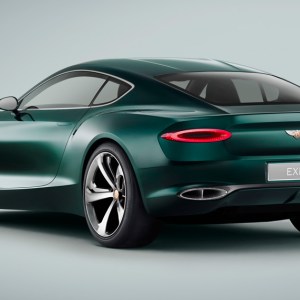 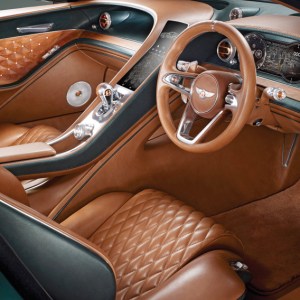 When the stunning Bentley EXP 10 Speed 6 (bentleymotors.com) made an unexpected debut at the Geneva International Motor Show in March, the marque’s chairman and CEO, Wolfgang Dürheimer, indicated that the two-seater is more than just a show car and could become a production model—the Bentley sports car. Why not? Certainly the idea of a Bentley sports car is no more far-fetched than that of a Bentley SUV, and the Bentayga is on its way, possibly for the 2016 model year. The EXP 10’s design features contemporary interpretations of Bentley’s signature mesh grille and round headlights. Details about the drivetrain and capabilities have not been revealed, but the car’s long hood, wide rear stance, and fastback roof lend it the look of a high-performance vehicle. The narrow center console—set between two quilted-leather sport seats—contains driver controls and a 12-inch touchscreen. The rear of the cabin is designed to hold a four-piece luggage set built specifically for the EXP 10.