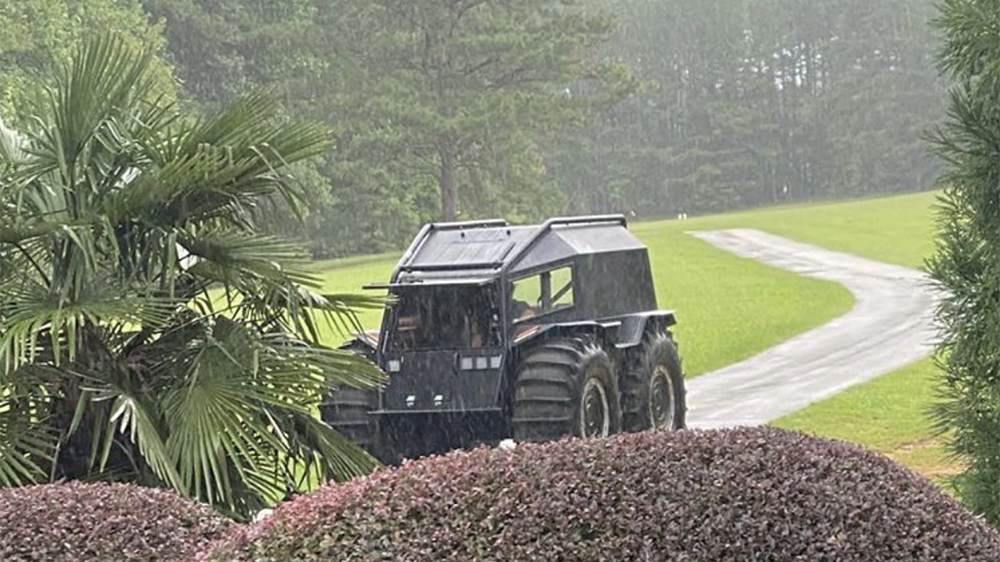 Kanye West ceased to be just a musical artist years ago. And while some of his most recent extracurricular activities aren’t everyone’s cup of team, specifically his ham-fisted flirtation with electoral politics, here’s one we can wholeheartedly get behind: the Yeezy Mobile.

No, the rapper-turned-fashion designer isn’t dreaming up an electric car for pal Elon Musk just yet, but he did just gift another friend an insane customized Sherp Pro ATV. The recipient of the Mad Max-esque off-roader: fellow rapper (and lover of expensive things), 2 Chainz.

On Monday, 2 Chainz took to Instagram to announce that he had risen that morning to find a truly unexpected surprise sitting in his driveway. What followed were three pictures of the $120,000 ATV, along with the caption: “Woke up to a really dope present—Virgo season is upon us.”

In the photos, you can see the blacked-out version of the cartoonish 4×4 that West gave the “It’s a Vibe” emcee for his upcoming 43rd birthday. While the Russian-Ukranian all-terrain vehicle normally sports a garish, multi-colored paint scheme, 2 Chainz’s Sherp features a textured, monochrome finish that would fit well with West’s sneaker and clothing line. The cherry on top of the wild vehicle? A plaque that reads “For 2 Chainz” along with a quote from Proverbs 3:5-6.

That West would give a Sherp ATV to one of his friends should surprise no one. He’s proven himself to be quite a fan of the hulking vehicle, which can climb over three-foot-tall obstacles and drive through shallow bodies of water with ease. Earlier this summer, it was revealed that West has a fleet of all-black Sherps for him and his friends to use while on his $12 million Wyoming ranch. Amazingly, the ATV isn’t the most outlandish vehicle the rapper has for traversing the rural grounds. That would be his Batmobile-like Ripsaw EV2 tank.