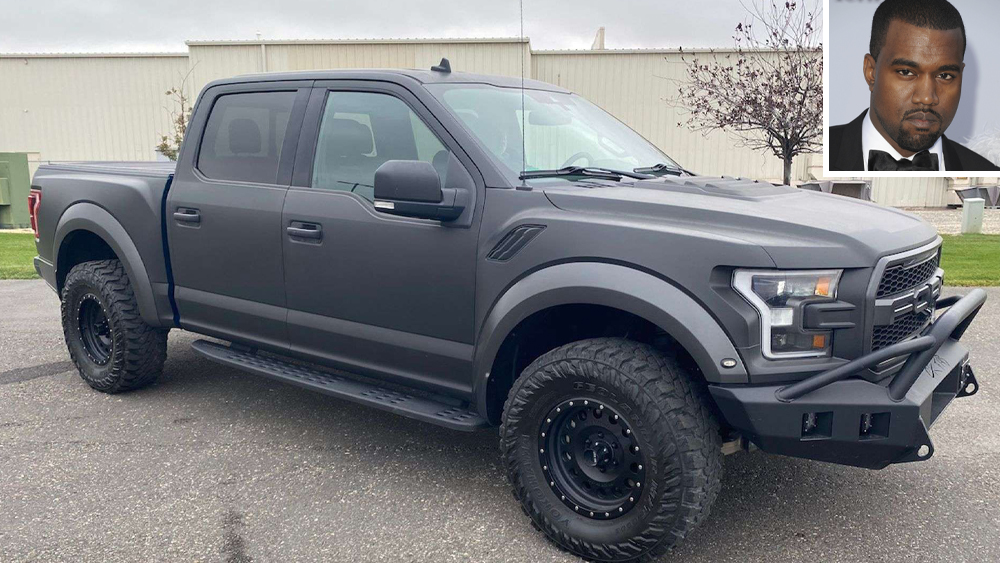 After listing his famous Wyoming ranch for sale last month, Kanye West has said farewell to six of his prized pickups.

The music superstar’s fleet of blacked-out Ford 4x4s is currently up for auction. Auctioneer Mark Musser confirmed Ye recently sold the custom four-wheelers to a local Ford dealership in Cody, Wyoming, which subsequently prompted Musser Bros. to put them on the block.

“After I learned that Fremont Motors of Cody bought these vehicles back, I approached them to discuss having an auction on these vehicles,” Musser told Robb Report. “I told them this would make an excellent online auction.”

The Grammy Award-winning artist moved from glitzy Los Angeles to mountainous Wyoming back in 2019. He bought two ranches—one in Cody, the other in Greybull—before splashing out on a number of trucks, SUVs, ATVs and even a Ripsaw EV2 tank to run riot on the properties.

The half dozen trucks in question, which were purchased just a year ago, showcase the very best of the Blue Oval’s off-roaders. Primed for rugged terrain, the haul includes a 2016 F-350, a 2017 F-250, a 2018 F-150 Raptor and a 2019 F-150 Raptor, along with two 2020 Ford Expedition SUVs (one XLT Max edition, the other a Limited Stealth edition). Each ride features a custom black matte wrap that can be removed for $250 if it’s not your thing, according to the auction house.

All six are presented in relatively good condition, albeit with a few miles on the ticker. They will be offered without reserve and bidding will wrap up on November 24. As of publication, the 2019 F-150 Raptor 4×4 Supercrew showing 35,243 miles had garnered the most attention. With a total of 82 bids thus far, the hulking truck is currently sitting at $53,015.

“We are already having lots of action and interest,” Musser added. “The most desirable and sought-after items are sold at auction, including artwork, collector cars, real estate, jewelry, etc., and these vehicles were the perfect fit.”

Of course, if real estate is more your bag, you could opt for the billionaire’s enormous Cody estate. Sited on six square miles, the aptly named “Monster Lake Ranch” comprises a luxurious lodge, horse stables, a go-kart course, hiking trails, lakes and more. The property was originally listed for $13.3 million but is now asking for $11 million.

West has also listed seven of his commercial properties collectively worth more than $3.2 million, according to Dirt.com. This suggests the “Runaway” singer could, in fact, be running away from Wyoming and back to Calabassas. His loss appears to be a collector’s gain.