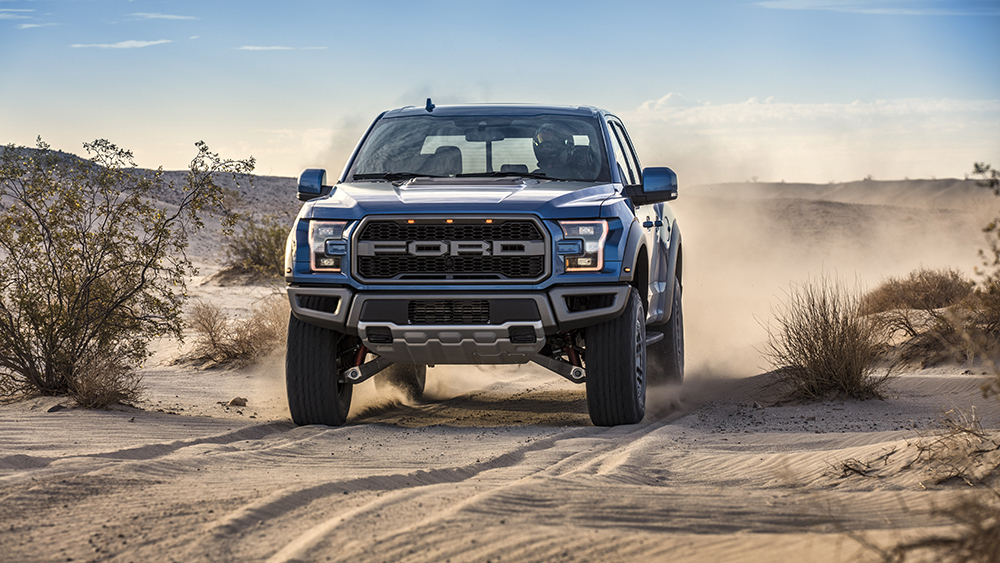 If you’re Kanye West and you have a ranch (or two), acquiring a mini fleet of pickup trucks is the only logical way to get around.

Much news has been made of Kanye West’s move to Wyoming––the change of scenery got its own profile in the New York Times––and one of the most interesting tidbits to emerge in the process is how West navigates his twin ranches, the latter of which is 6,713 acres all by itself. The Times reported that West recently purchased “two to six” Ford F-150 Raptors to get the job done.

The Ford F-150 is the best-selling truck in America––and accounts for about a third of the company’s domestic sales, but the Raptor version of the automaker’s hit car is built with more rugged terrain in mind. Aluminum wheels measuring a full 17 inches fitted with all-terrain tires makes for a secure ride over hilly landscape, which can be found in abundance on both West properties. Racing-grade shocks and skid plates that protect the underbelly complete the tank-like construction. To propel its substantial body forward, the Raptor’s V6 engine produces 450 horsepower and 510-foot pounds of torque. And all can be had for a starting price of $53,205.

Both of West’s ranches are just outside the small city of Cody and fewer than 100 miles from Yellowstone National Park. The sweeping properties each cost about $14 million and the rapper/fashion designer has set about making them his own––well, permits allowing. West initiated plans for a 70,684-foot amphitheater but was forced to stop construction for lack of appropriate paperwork.

That structure notwithstanding, West has made it clear that he intends to use part of his property for his regular Sunday Services, a popup church offering a heavy dose of the rapper’s sensibility. It’s generally a gathering which requires a great amount of space to accommodate attendees, but, luckily, there’s plenty of that out underneath the Wyoming sky.