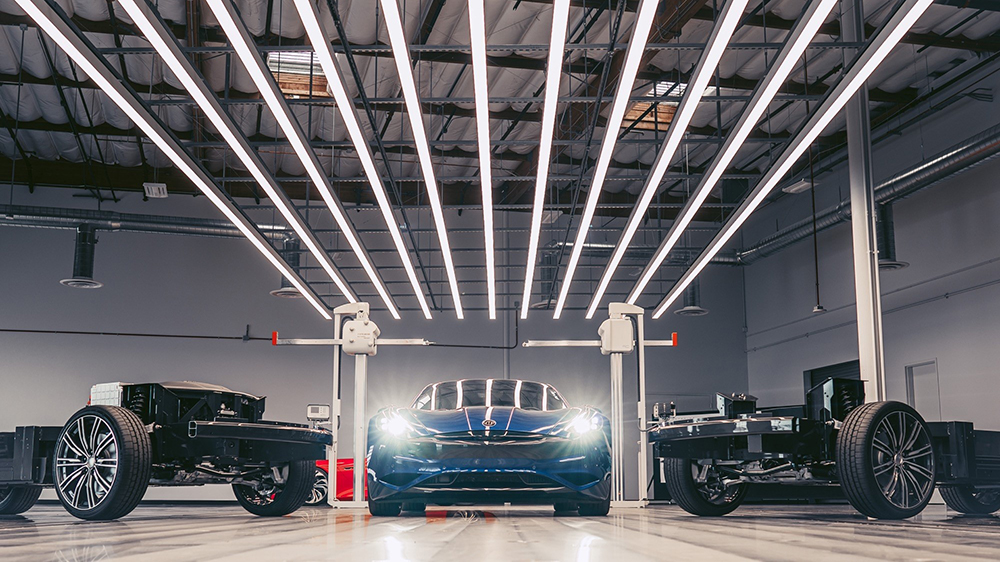 While a full-fledged debut won’t come for another year, Karma has revealed that its first battery-pack vehicle will be a heavily upgraded version of the Revero, according to a press release from the company. Though complete details are not yet available, the numbers offered by the brand so far are mighty impressive, specifically the possibility of a 400-mile range.

Set to debut in April of next year, the Revero GTE is being positioned as a direct competitor to the Tesla Model S Performance and Porsche Taycan. While the elegant four-door doesn’t look that all that different from the previous three Reveros—the standard model, the GT and the GTS—that’ll change when you take a peak under the hood.

While the company didn’t offer details about the EV’s motor setup, the marque did reveal that it will be built on the E Flex platform and feature new battery technology. At launch, the company expects the base GTE’s 75 kW battery to get 200 miles on a charge, while the top-tier model and its 100 kW battery should come in closer to 300. Later, though, the marque intends to introduce an extended-range variant with a range of 400 miles. The brand also promises DC fast-charging that will get the battery to 80 percent in under 30 minutes. Finally, expect the car to go form 0 to 60 mph in just 3.9 seconds.

“Our Revero GTE is a reflection of Karma’s in-house engineering and technology capabilities,” Karma executive Carlos Gonzalez said in the statement. “By creating GTE on a Karma E-Flex Platform, we can showcase another mobility option for customers who have shown interest in this sustainable solution, in addition to potential partner companies interested in the platform technology for their own use.”

Karma so far has not offered a price for the Revero GTE. But it seems safe to expect that it will come in north of the $149,950 you’d splash on the current line topper, the GTS.