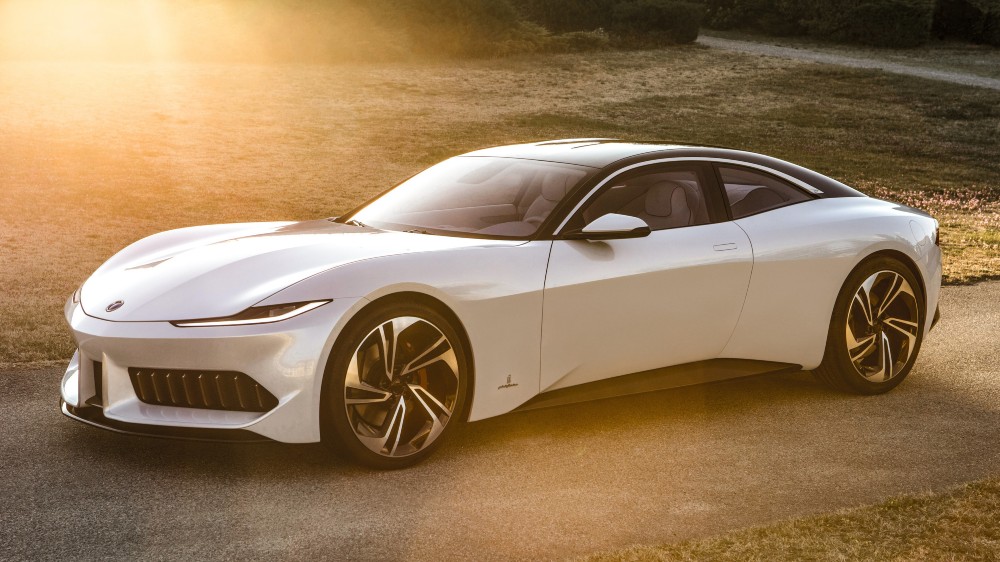 For serious car collectors, Monterey Car Week is the place to be every August—not least because it has been known to offer up surprise or two from some of the world’s most dynamic marques. This year, Karma is among those doing its best doing to burnish that reputation.

On August 15, guests at the Pebble Beach Concours d’Elegance will get their chance to see the California-based electric carmaker’s latest vehicle up close: the Pinanfarina-designed Karma GT. Although it made its first public appearance at the Auto Shanghai show in April, this will be the first time the company has shown off the new coupe on American soil.

While the GT shares some marked similarities with Karma’s electric grand tourer, the Revero, this one was built in conjunction with the iconic Italian design house, the first result of a partnership announced in January. And Pininfarina really went to work turning the GT into a sleek, elongated coupe. Most notably, the rear two doors have been done away with and contoured side panels have been added to give the vehicle some extra style.

While the company has yet to announce performance specs, CNET points out that the GT is much closer to reality than most of the other stylish concept cars automakers unveil to great fanfare. Since it is built on the skeleton of the already-in-production Revero, it shouldn’t be hard for Karma to repeat the feat with the GT. The company, however, has yet to announce a timeframe for production.

Of course, the Karma GT won’t be the only car making a big debut at Monterey Car Week. Pagani plans to unveil its brand new Huayra Roadster GT at the event too, although car fans can get a digital sneak peek at the hypercar in the popular mobile game CSR Racing 2.