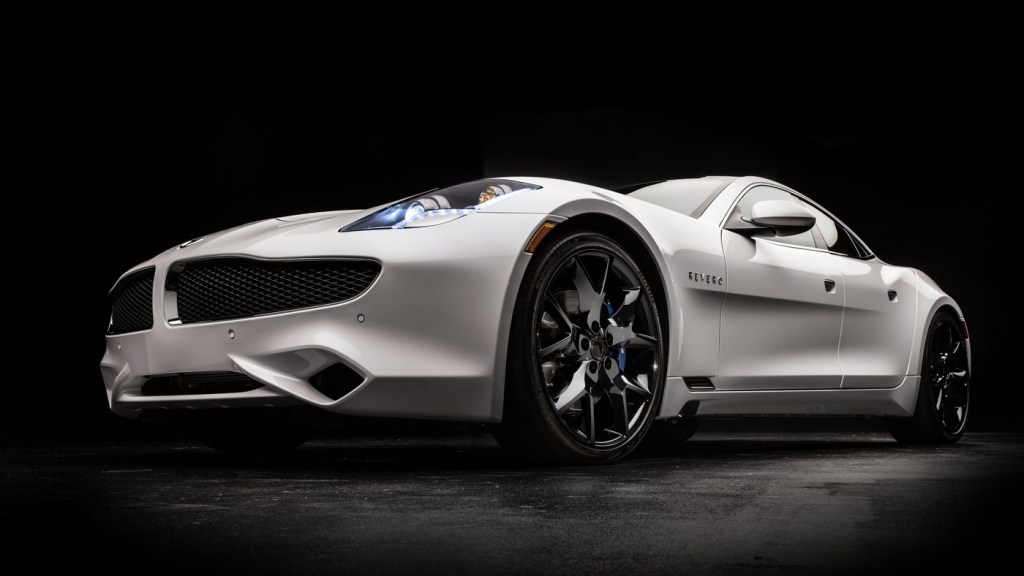 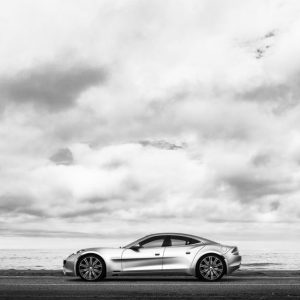 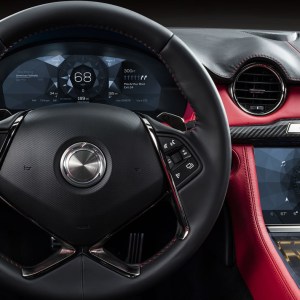 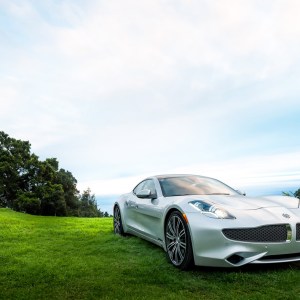 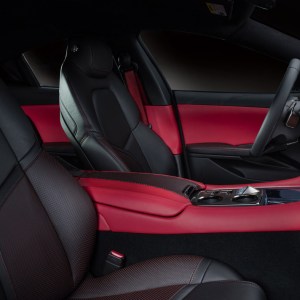 Flanking Pacific Coast Highway in Malibu, the parking lot of Nobu—the tony temple to Japanese cuisine and a favorite sanctuary to see and be seen—resembles the display lawn of a concours on a daily basis. The selection of supercars and other automotive exotica is always arresting, which is why, on a recent visit, I was surprised by my reaction to one car in the crowd—the Karma Revero.

Fortunately, the Revero was the reason I was at the restaurant, the agreed upon pick-up point for a weekend test drive. Still, there amidst the litany of Lamborghinis and Ferraris, the highly sculpted hybrid halted me in my tracks. There’s no fleeting glance when it comes to Karma Automotive’s first offering; it catches the eye and holds it hostage as the mind looks for clues as to which long-standing luxury marque makes it. Imagine the coupling of a Corvette and Rolls-Royce Ghost, but with diminished carbon dioxide emissions. And the comparison is apt, as the Revero’s exterior carries the design DNA of American muscle cars—with its elongated front section, overtly athletic stance, and well-defined haunches—paired with the elegant curves and sensuous sweep of the finest European sedans.

Despite its singular stature, the Revero—which starts at $130,000—may appear familiar to some, and rightly so. It’s a direct descendant of the Fisker Karma, which debuted in 2008 but was not delivered until 2011. Fisker’s model had a production run of only eight months and comprised 2,200 examples. After the latter company closed, a few key employees kept strong and carried on, eventually revising and rebranding what is now the Revero.

Innovation is on prominent display, most noticeably with the solar-paneled roof (a holdover from Fisker’s four-wheeler), which contributes to the rear-wheel-drive Revero’s unique status, according to the company, of being the first vehicle in the United States to use gas, electricity, and solar energy. The total 403 hp output comes from a 2-liter turbocharged internal combustion engine—generating a gigantic 981 ft lbs of torque—mated with two AC permanent magnet synchronous motors (charged by a 20.8 kWh, mid-mounted lithium-ion HV battery). Taming that team is a single-ratio gearbox with limited slip differential.

The power-train configuration allows the grand tourer to tackle zero to 60 mph in 5.4 seconds and top out at 125 mph. In addition, gas and electricity consumption can be fine-tuned with three different drive modes Stealth (all electricity), Sustain (relies solely on gas to preserve the battery charge), and Sport (optimally utilizes both forms of power for heightened performance).

No, it doesn’t deliver the go-kart-like acceleration or agility of the Tesla Model 3 (or its autonomy), but rather offers a drive experience with more gravitas, and not just because it weighs 5,400 lbs. The auto-leveling suspension is complemented by rack-and-pinon steering (with electro-hydraulic power assist) and three levels of regenerative braking based on personal preference. The overall result is a handling sensation that is responsive without being twitchy and a refined ride more akin to hovering than rubber on road.

But while the Revero’s occupants remain tied to terra firma, their senses take flight in a cabin that could double as mobile day spa. The interior is defined by a diamond-shape motif that carries through to the menu of the 10.2-inch touchscreen infotainment system—developed by Karma—and clear presser presentation for Drive, Neutral, Park, and Reverse. The spacious compartment is flush with leather and, in my example, carbon-fiber accents, though wood trim is also an option.

The cabin’s calming effect on me was immediate, thanks to the series of transcendent tones that chime upon entry. And I wasn’t alone. While friends and I took the Revero on some steep and narrow ribbons of road in Malibu’s canyons, a passenger in the backseat, known for her fear of both speed and heights, seemed at peace with my rather aggressive pace during the descent. The fact that she hadn’t passed out is a true testament to the car’s soothing aesthetic.

The Revero’s dash and instrumentation displays include a touchscreen infotainment system developed specifically for the car.  Photo: Courtesy Karma Automotive.

My three-day duration with Karma’s creation never extended past the Southern California coast, but the car is definitely road-trip worthy. The Revero, which averages the equivalent of 60 miles per gallon, has a range of 300 miles (50 miles with electric alone) on a single charge, 80 percent of which can be replenished in as little as 24 minutes with a DC Fast Charge system.

When my time with the car came to end, I was late returning it due to heavy mid-day traffic heading into Los Angeles. Wrapped in the Revero, I discovered that gridlock could be good.