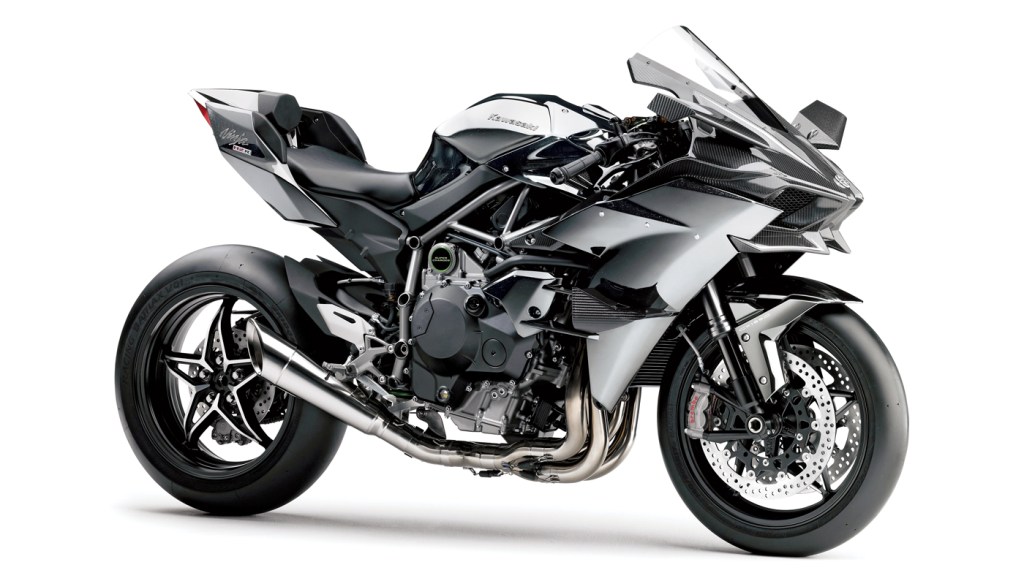 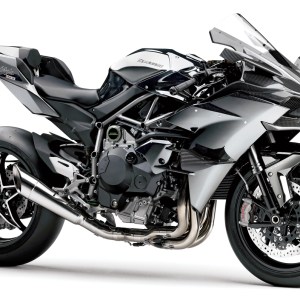 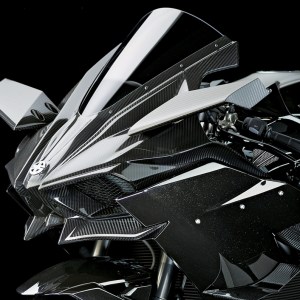 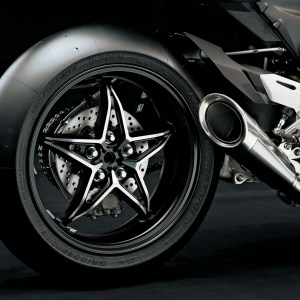 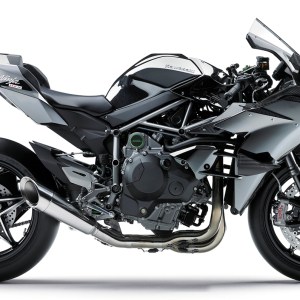 The Ninja H2R is a track-only machine (no headlights, turn signals, or treaded tires) powered by a supercharged 4-cylinder engine that produces approximately 300 hp. The bike boasts significantly more power than any other production motorcycle on the market. Accompanying the awesome output is a suite of electronics designed to ensure that you can control the H2R. These features include three-mode traction control, launch control, and an electronic steering damper. They’re impressive and reassuring.