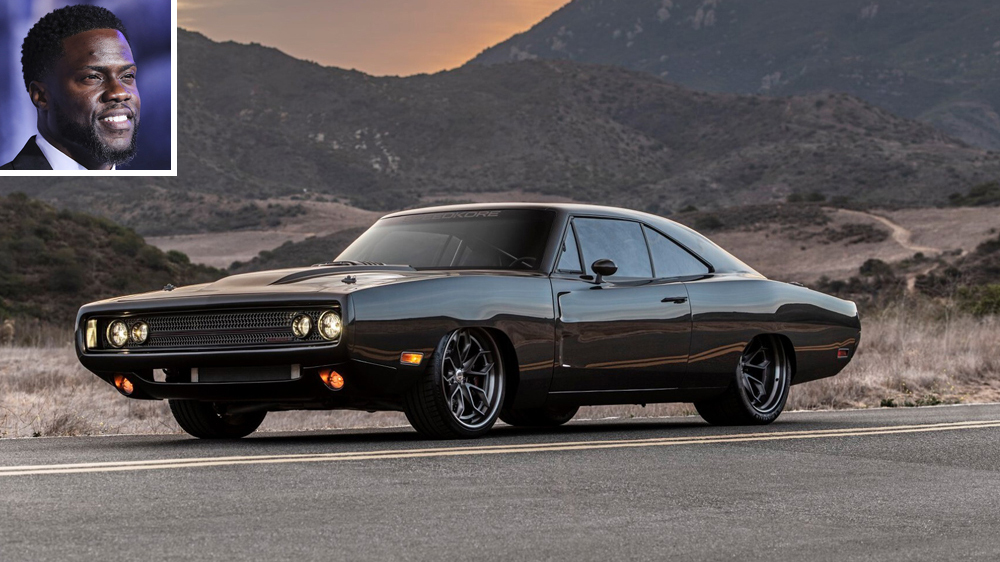 Kevin Hart’s collection of muscle cars continues to grow. But while the latest addition looks just like a 1970 Dodge Charger, what’s under the hood tells a different story.

That’s because the comedian’s new ride was custom built by Speedkore. And because the Wisconsin-based tuner has yet to meet a high-performance vehicle it couldn’t make even more powerful, the “Hellraiser,” as it’s been dubbed, has been equipped with a massive 426 Hemi engine.

That 7.0-liter crate engine, which promptly sold out upon its debut two years ago, is better known as the “Hellephant,” according to Motor1.com. And sure enough, it is a true beast, capable of delivering a jaw-dropping 1,000 horses and 950 ft lbs of twist. The second-generation Charger is already an iconic muscle car, but even its most powerful configuration, which featured a 7.2-liter V8 capable of producing 375 horsepower and 480 ft lbs of torque, couldn’t hold a candle to this monster.

But the “Hellephant” engine isn’t the car’s only 2020 upgrade. The beastly mill is mated to a  Demon-spec ZF 8HP90 8-speed automatic transmission, which, we can assume, will offer significantly better performance than the original 3-speed automatic gearbox. The muscle car has also been equipped a front suspension from a C6 Corvette and a custom-made four-bar setup with Penske shocks in the back. Other nifty features include Brembo brakes and three-piece HRE wheels wrapped in Michelin Pilot Sport 4S tires.

Inside the “Hellraiser”  Speedkore

While the car maintains the original Charger’s design and shape—there are some things you just don’t mess with—the body has been entirely redone in exposed carbon fiber. It also features a blacked-out color scheme that gives the car a menacing and extremely cool vibe. The Gabe’s Custom Interiors-designed cabin features a roll cage, Recaro GT Sportster seats with 4-point Simpson Racing harnesses and a custom-made audio system.

Speedkore didn’t reveal a price for the custom ride, but it’s fair to assume it set Hart back well into the six figures. Indeed, a report earlier this week suggests the star spent “several hundred thousand dollars” having the classic muscle car fully revamped. Two words: Worth it.