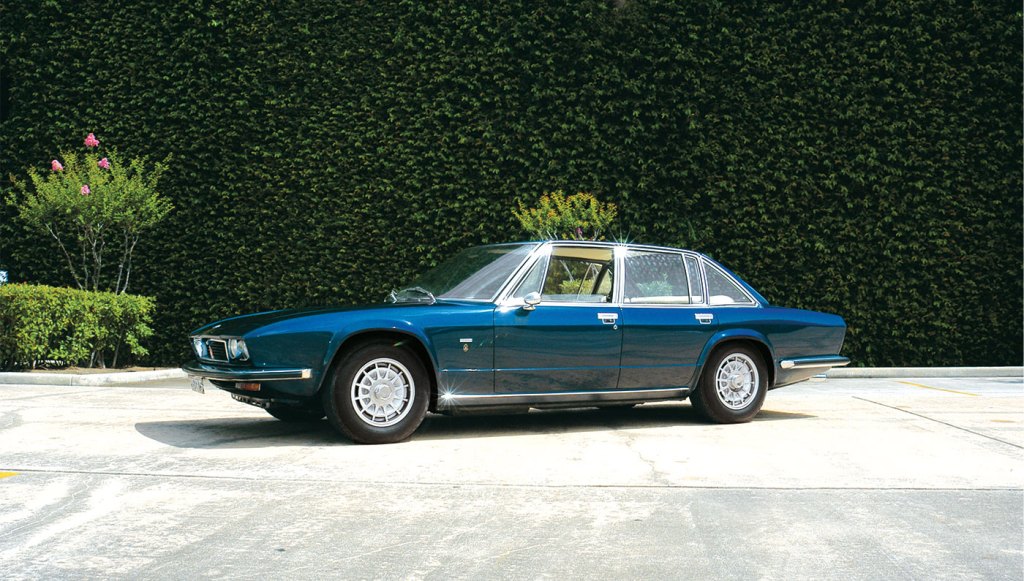 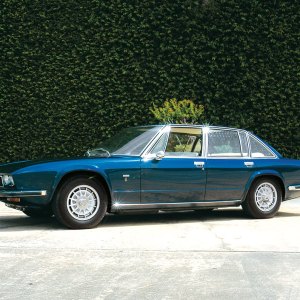 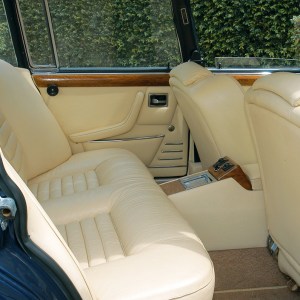 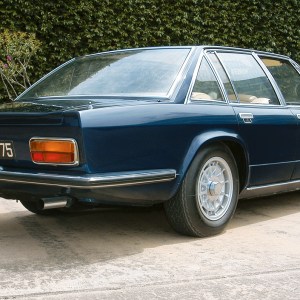 Launched in 1963, the original Maserati Quattroporte was the company’s first large sedan and one of its first models powered by a V-8 engine. It was styled by Pietro Frua and based on a custom Maserati 5000 GT coupe that he had designed a year earlier for Prince Shah Karim Al Hussaini, Aga Khan IV. (The 5000 GT’s custom features included a 45 rpm record player built into the dashboard—the eight-track player was still on the horizon.)

Maserati built fewer than 800 examples of the first-generation Quattroporte before the model went out of production in 1969. Production of the second-generation Quattroporte didn’t begin until 1974, but in the meantime, in 1971, Frua built a one-off version on the chassis of the Maserati Indy, a four-seat GT fastback. The cabin featured a high roof surrounded by a vast expanse of glass. A second version of the car was built in 1974 and sold to the Aga Khan.

The 1971 prototype is said to have belonged to King Juan Carlos of Spain at one point. Until recently, that car was part of the large collection of Maseratis at the Riverside International Automotive Museum, in Riverside, Calif., which closed in June. In August, after Robb Report went to press, the Quattroporte was headed to the block at the RM Sotheby’s Monterey auction with a presale estimate of $175,000 to $200,000.