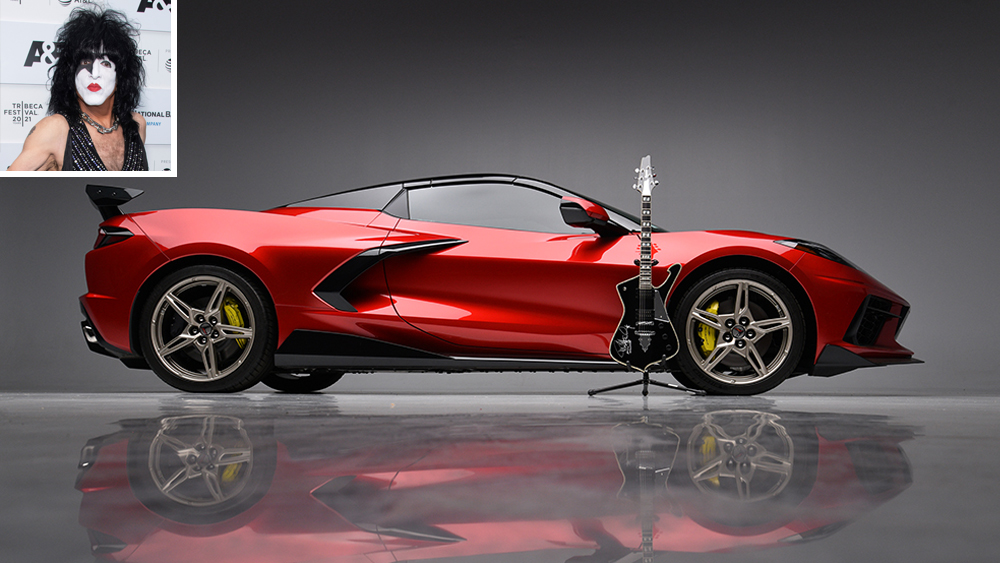 Kiss frontman Paul Stanley knows his Chevrolet C8 Corvette is a “collector’s dream,” which is why he wants to make sure it goes to someone who can really appreciate it.

The rocker is teaming up with Barrett-Jackson to sell his 2022 Stingray convertible at the auction house’s upcoming Las Vegas sale. This isn’t just any old celebrity-owned car, though—It was the first C8 to roll off the line during the last model year.

Stanley, who’s also known as Starchild, and the Corvette go way back. In fact, the sports car was the first new vehicle the singer and guitarist bought for himself in 1977, following his band’s breakthrough earlier that decade, according to Barrett-Jackson. He’d later become acquainted with some General Motors higher-ups at the launch of the C7 in 2013 and was even asked to help design a special SEMA version of that car the next year. When the 2022 C8 convertible was announced, he rushed to put in his reservation. GM noticed and decided to treat him to something special: the first car from the model year’s production run.

That’s right, Stanley’s 2022 C8 convertible is VIN 001. The rocker, who already owns a 2020 Stingray coupe, knows how special that makes the car, but it also made him wonder if someone else would make better use of the vehicle. After deciding he “couldn’t do it justice,” Stanley has decided the best thing was to auction it off.

“I want to make it available to somebody who might be able to get more out of it, whether it’s to add to a collection or to drive it,” he said in the statement.

The winning bidder will be getting more than a just a car with a rich pedigree and coveted number. Stanley’s convertible comes finished in a beautiful coat of Red Mist Metallic accented with gloss black aero elements including a rear wing. This hue is offset quite nicely by the vehicle’s Saddle interior and pewter wheels, which help give it a warmer feel than you normally get from American sports cars. Under the hood is a 6.2-liter LT2 V8, which is paired to an eight-speed manual and capable of churning out 490 hp and 465 ft lbs of torque.

You’ll have your chance to bid on Stanley’s C8 convertible during Barrett-Jackson’s Las Vegas event, which runs from June 30 to July 2. The vehicle is being sold without reserve and comes with an autographed Ibanez PS120, which is the rocker’s signature guitar. Be warned, though, VIN 001 ‘Vettes can go for a lot.