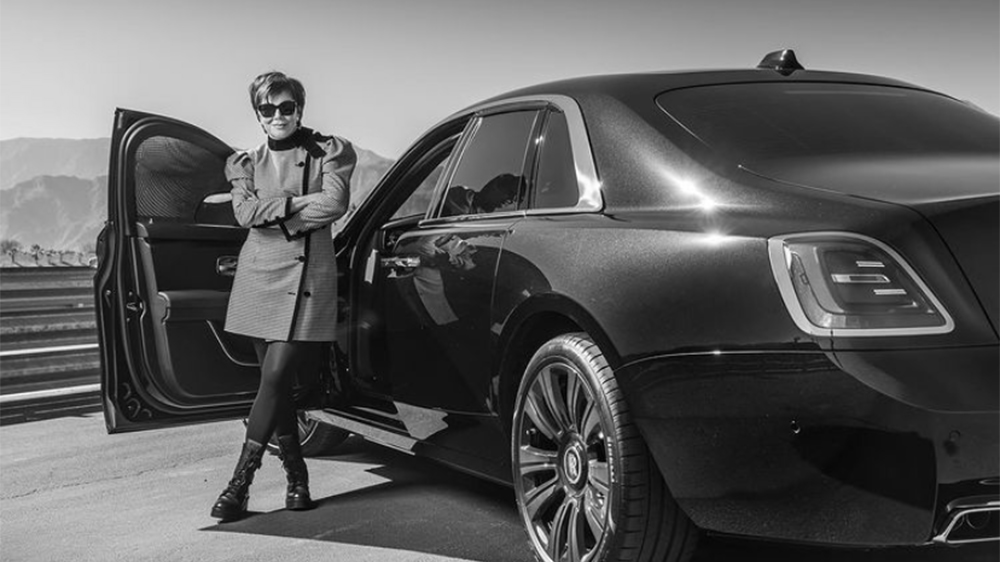 Kris Jenner doesn’t just like Rolls-Royces; she’s passionate about them. That’s why the matriarch of reality TV’s most famous family just became the first person in the US to own the all-new Ghost.

On Wednesday, O’Gara Coach revealed that it had delivered the first 2021 Ghost in all of North America to the Keeping Up with the Kardashians star at its Palm Springs location right just before Thanksgiving. While it’s unclear how many Ghosts have been delivered at this point, the reality TV star is one of a select few driving the fully reimagined saloon around today.

While any Rolls is worthy of envy, that is especially true of Jenner’s black metallic Ghost. Redesigned from the ground up for 2021, the streamlined four-door is much more driver-focused than its predecessor. Among its many improvements are a new, all-aluminum spaceframe architecture, all-wheel-drive, rear-wheel steering, a redesigned suspension and an illuminated fascia. It’s also notably quieter.

Robb Report reviewers in both the UK and US have been impressed by the new edition. After driving the $332,500 car, writer Ben Oliver gushed that the new Ghost firmly re-established Rolls-Royce as the “world’s greatest luxury marque.”  Meanwhile, Robb Report‘s automotive editor Viju Mathew was taken by the new Ghost’s “singular magic-carpet ride” and found it to be a worthy successor to the cherished original.

Unsurprisingly, this is not Jenner’s first Rolls. If you’ve seen paparazzi pics of the TV personality around LA over the last few years, chances are she was in a car commissioned directly from the luxury marque, whether it was her white Dawn convertible or black Cullinan. And unlike some Rolls owners, who prefer to be driven, Jenner insists on getting behind the wheel herself.

While Jenner’s garage may be chock full of Rolls-Royces, her car collection pales in comparison to that of her daughter Kylie. The youngest Kardashian-Jenner sibling has built up quite the drool-worthy garage of luxury autos since turning 16. The reality star-turned-beauty mogul owns at least 15 vehicles, including a Bugatti Chiron she bought after her split with Travis Scott, a Lamborghini Aventador, a LaFerrari Aperta and three Rolls-Royce Wraiths.