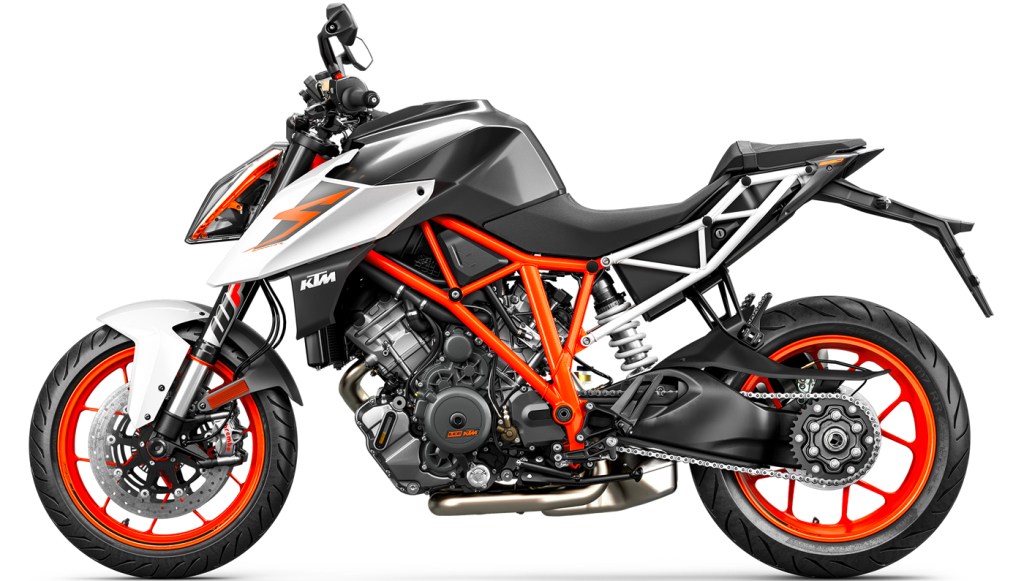 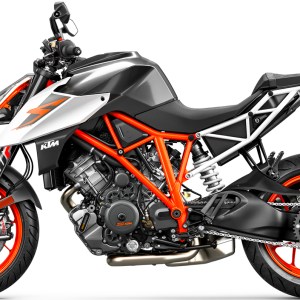 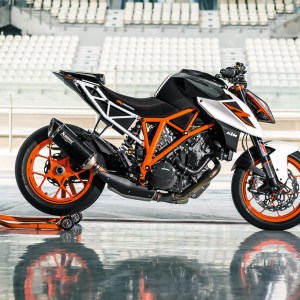 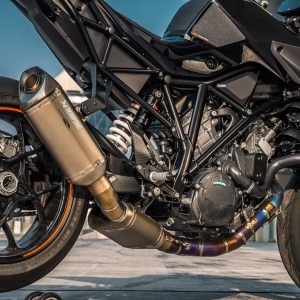 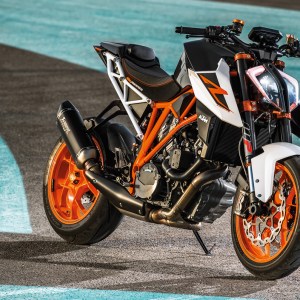 Much like ballet’s Mikhail Baryshnikov and basketball’s Michael Jordan, the powerfully agile 2017 KTM 1290 Super Duke R was born to perform brilliantly while making it look effortless— whether dancing around curves or driving the lane. The motorcycle is also unabashedly naked. Its revealing, steel trellis frame is paired with the most powerful version of the Austrian bike-builder’s LC8 engine ever applied to one of the brand’s street machines.

The 1290 Super Duke’s 75-degree V-twin shares its cage with 177 horses (with up to almost 104 ft lbs of torque) and is mated with a 6-speed transmission. And the new resonator chambers on the cylinder heads make the engine more fuel- and eco-friendly, reducing its carbon dioxide footprint by 10 percent.

Also efficient is the bike’s responsiveness thanks to a chassis that comprises a single-sided swingarm, front and rear suspension from WP Performance systems, and Brembo brakes. Complementing the hardware is a consort of software-assisted componentry that allow for customization of the ride experience. These include Bosch’s Motorcycle Stability Control (MSC) with an anti-lock braking system; Motorcycle Traction Control (MTC) with settings of Sport, Street, and Rain; Supermoto mode for deliberate drifts; and an optional Track mode which, among other elements, enables wheelies. Conversely, the launch control feature—a capability never before carried on any KTM motorcycle—limits the rear wheel’s spin and front wheel’s lift for stand-out standing-starts. And translating rider intent to the road or track are Metzeler M7RR tires worn by 17-inch alloy wheels.

Ride information is provided through a thin film transistor (TFT) display that offers hands-free connectivity to a smartphone. Menu options are managed by controls on the handlebars to help ensure that the pilot’s focus never falters and, to simplify matters even more, the ignition that activates all the action is keyless. As with Baryshnikov and Jordan, the KTM 1290 Super Duke R may be a generational combination of finesses and ferocity—one that starts at $17,999. (ktm.com)