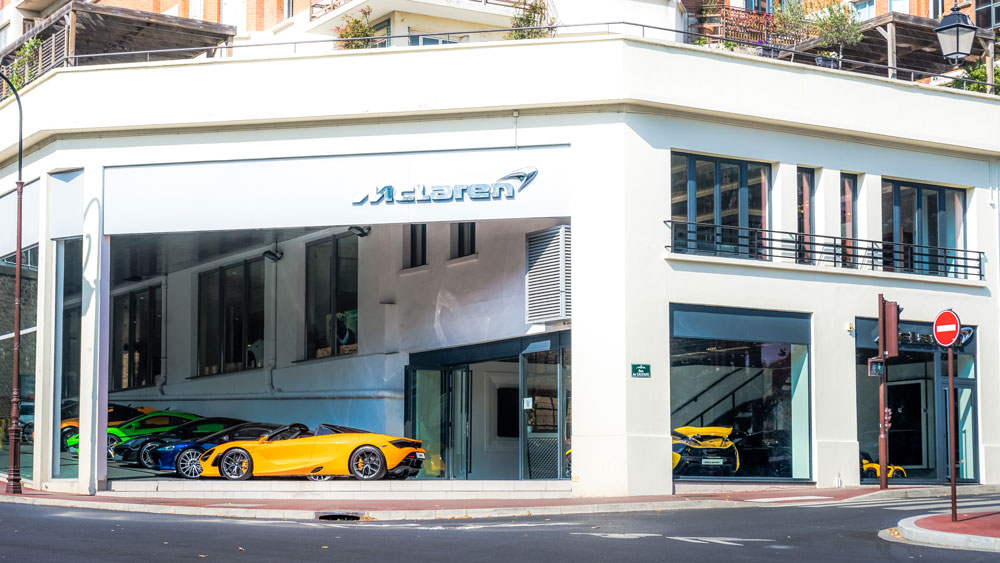 For sports car connoisseurs, the City of Light just got a little brighter with the opening of La Maison McLaren in Paris this past Friday. McLaren Automotive’s latest atelier is not only a gallery for the British marque’s motorsport and production-car masterworks, but a celebration of fine art and architecture as well.

Spanning two levels bordered in ubiquitous glass, the combination of exhibition space, dealership, workshop and lounge is meant to be both shrine and social center for McLaren cognoscenti, all within sight of the Eiffel Tower. And for the debut, McLaren has graced the showroom floor with seven representative models from its Sports Series, Super Series, Ultimate Series and Legacy line. Included are examples of the Senna, the P1 and the new GT—the latter comprising a category unto itself.

Complementing the vehicles presented are images and artwork that pay homage to the McLaren Group in general, especially its roots in racing. One piece created specifically for the facility stands out in particular, a painting of Ayrton Senna in which artist Hom Nguyen used the hood of a McLaren 720S as his canvas.

Also on display are various components that reflect the weight-reducing measures taken by the automaker and its commitment to performance. Among these are the suspension from a 620R, the roll cage out of a 675LT, and a Senna’s carbon clamshell hood among other elements.

“McLaren cars are not designed in a bubble, but rather they draw on influences from across the worlds of art, craft, design and technology,” notes Rob Melville, McLaren Automotive’s design director, in the official announcement. “La Maison McLaren displays not just how the cars fit into our lives, but how they also make a positive contribution to life in a host of ways. As designers, we relish the opportunity to get that message across.”

An example of the P1 from the marque’s Legacy Series.  Photo: Courtesy of McLaren Automotive Limited.

Regardless of whether or not that message resonates with the masses, La Maison McLaren is sure to be a Mecca for devotees of the brand as it joins the more than 85 McLaren sales centers around the world.