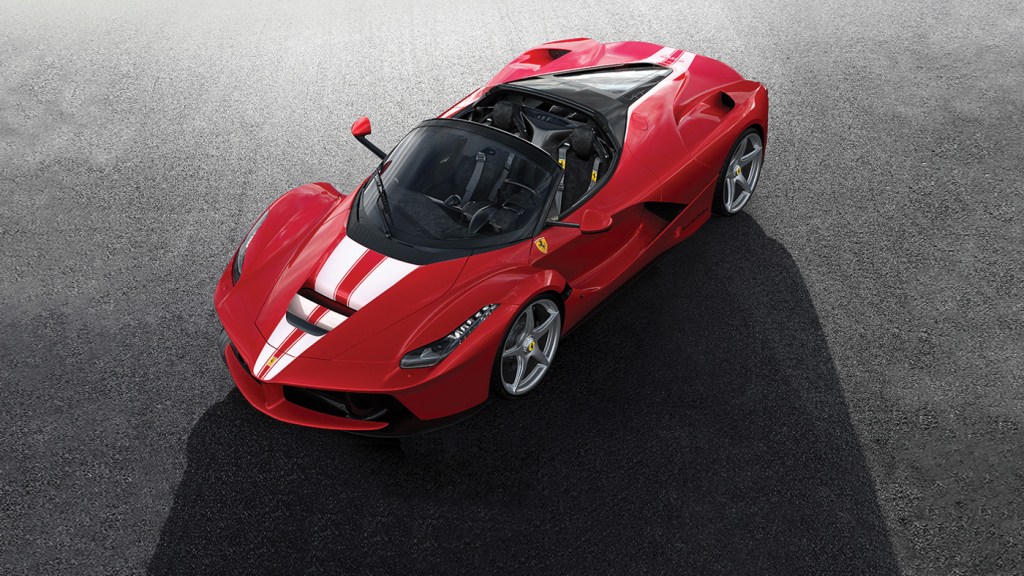 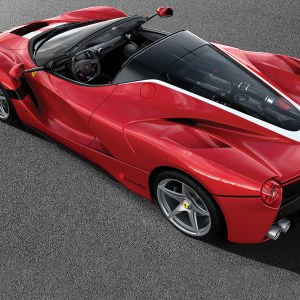 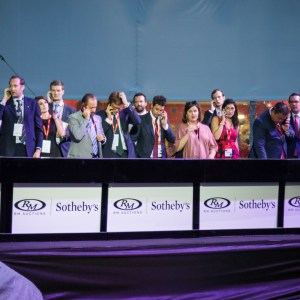 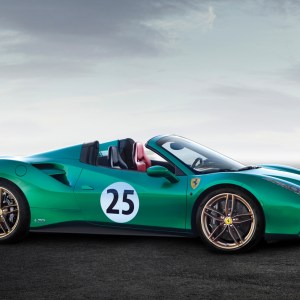 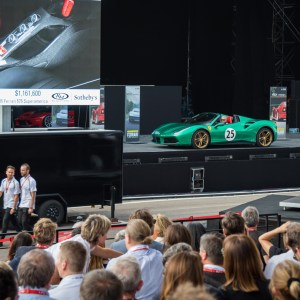 The hottest car at the recent RM Sotheby’s Leggenda e Passione auction, held at Ferrari’s Maranello headquarters, wasn’t even in the room. But that didn’t stop bidding on the yet-to-be-built LaFerrari Aperta from topping out at $10 million.

The car’s cost was double the pre-auction estimate, which, according to the auction house, makes this Prancing Horse the most expensive 21st-century sports car to date. The sum paid for the particular lot benefits the philanthropic organization Save the Children, specifically its education programs.

“In truth, with this type of rare car, at this type of event, sales often don’t conform to a standard format,” says RM Sotheby’s Ian Kelleher. “The demand was tremendous and the charity aspect was compelling.”

A LaFerrari Aperta, similar to the one pictured, became the most expensive 21st-century sports car to sell at auction.  Photo: Courtesy Ferrari/RM Sotheby’s.

Introduced in 2013, the LaFerrari coupe—a limited-edition 1,000-hp hypercar—was originally sold to only a few hundred favored customers. The subsequent Aperta variant, offering a removable carbon-fiber top, debuted at the Paris Motor Show in 2016. When purchased new from Ferrari, the coupe and convertible are priced at around $1.5 million and $2 million respectively, but their value in the secondary market has quickly tripled.

Kelleher says that this particular car instantly vaults its new owner into a truly rarified Ferrari circle, one usually reserved for friends and long-time collectors of the storied marque.

“This is a type of car that’s a bit like Pope John Paul II’s Enzo [a 2005 Ferrari which sold for $6 million in 2015], a vehicle that instantly holds a special place in Ferrari history for its uniqueness,” says Kelleher. “Hypercars are already rare, so when you’re talking about a bespoke one—that’s a different matter.”

The Aperta auctioned by RM Sotheby’s will be the 210th example made and will be painted a special Metallic Rosso Fuoco with a Bianco Italia double racing strip on the hood and rear deck. The sale price bests the previous auction record for modern-era automobiles, one set at an RM Sotheby’s sale in December, 2016. There, a LaFerrari coupe fetched $7 million to benefit victims of an earthquake in Italy.