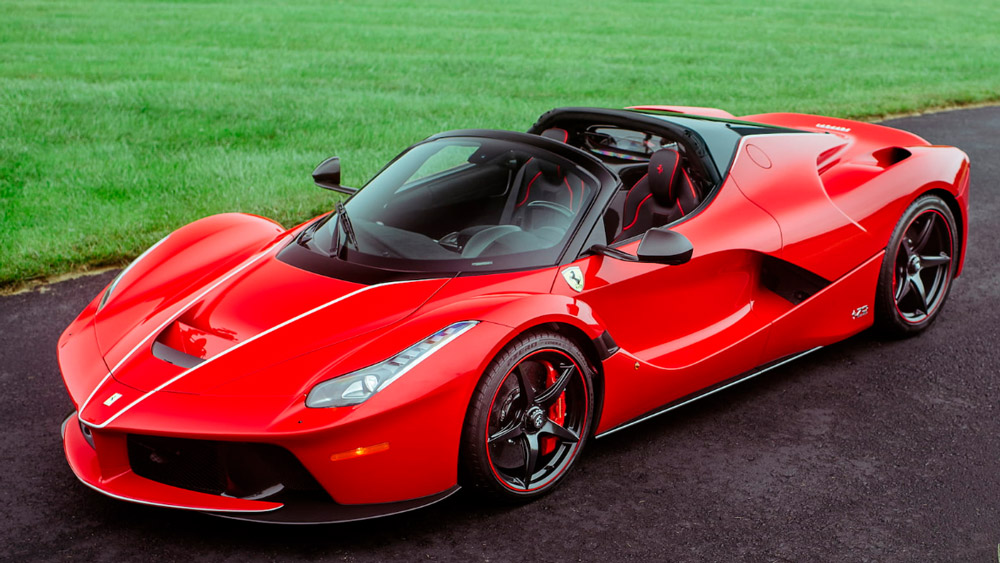 Two Ferrari supercars will star at the next Mecum Auctions event, taking place at Osceola Heritage Park in Kissimmee, Fla., from January 3 through 13. Any person lucky enough to acquire either of these coveted Ferraris, which cross the block on the 12th, will have added a brilliant jewel to his or her automotive collection.

Lot No. S113, a 2016 LaFerrari Aperta in Rosso Corsa (racing red) with just 174 miles on the clock, is one of only 120 Apertas made. The model sits at the top of Maranello’s performance pyramid, reflected by its not-insubstantial estimate of $6.5 million to $8.5 million. The Aperta (Italian for “open”) commemorates Ferrari’s 70th anniversary with a roofless take on the original LaFerrari, introduced in 2013 and itself a coveted collectible. Both are powered by a hybrid-drive design derived from Ferrari’s Formula 1 program, using a 6.3-liter V-12 engine that makes 789 hp and a 161 hp electric motor, for a combined output of 949 hp. With a rated top speed of 217 mph and featuring telemetry and track cameras integrated into its sophisticated electronics, the Aperta is an open-cockpit marvel equally at home on the circuit as it is holding court on a pedestal among other rare machines in a privileged collection.

This LaFerrari Aperta has 174 miles on it.  Photo: Courtesy of Mecum Auctions.

Lot No. S114 is a 2014 LaFerrari, painted special-order Rosso Fuoco (fire red) and showing just 418 miles on the clock. It is one of just 499 examples made between June 2013 and January 2016. Apart from the LaFerrari Aperta, the LaFerrari is probably the most-wanted supercar of recent manufacture, evinced by an estimate of $3.5 million to $4 million.

One of only 499 LaFerrari examples made.  Photo: Courtesy of Mecum Auctions.

Both cars, as well as a phalanx of other modern automotive marvels, come from the affable collector (and mattress king) Michael Fux. Renowned for his preference for daring colors, Fux is passionate about everything on wheels, from Italian supercars to his stable of factory-custom Rolls-Royces, and every year, he surprises carmakers with requests for bespoke configurations as unique as the collector himself.