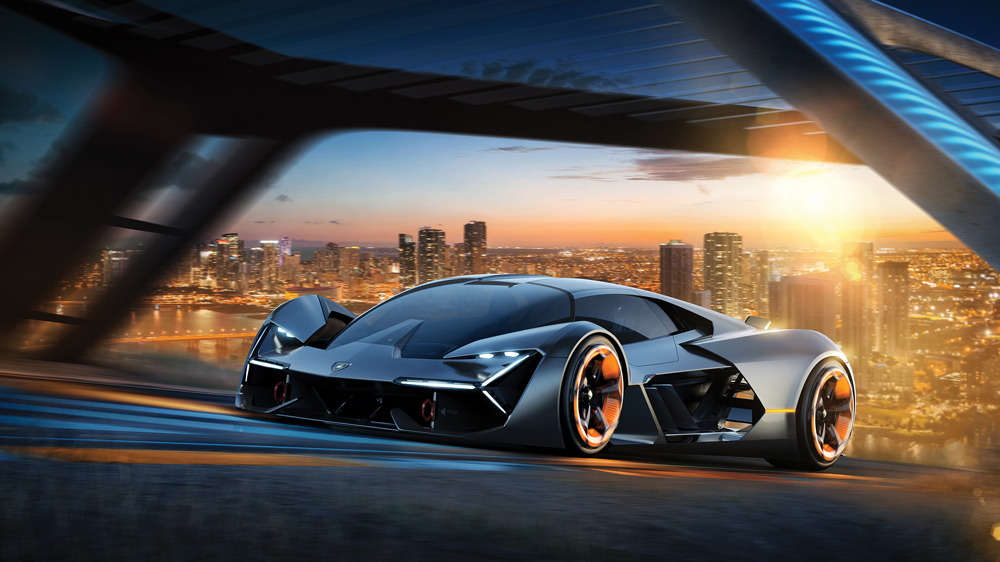 Lamborghini is ready to steer the future of the automotive industry. A week after sending samples of its carbon fiber to space for observation, the Italian automaker and MIT have patented a material that could prove vital in increasing the use of supercapacitors in cars.

The company that basically invented the supercar as we know it wants to develop emission-free vehicles that don’t have to rely on the lithium-ion batteries used in so many other EVs. That’s because Lamborghini doesn’t believe those batteries are up to meeting the demands of the high-performance cars it built its name on.

Lamborghini and MIT began working together on a solution to this problem three years ago. The collaboration has so far resulted in technology that’s been used in the Sián hybrid and Terzo Millenio concept car, but now they’re ready to push things further. The automaker and the university’s chemistry department have now filed for a patent that could lead to the wider use of supercapacitors in automobiles.

While supercapacitors have yet to make deep inroads into the car industry, they offer serious potential benefits over batteries. Supercapacitors are able to charge and discharge faster than lithium-ion power sources and are able to store more energy in the same area thus lowering a car’s overall weight. In fact, Lamborghini claims that the technology is capable of a 100 percent increase in energy density over current technologies.

“A supercapacitor with the same power is three times lighter than the normal lithium-ion battery,” the company’s CTO Maurizio Reggiani told CNN. “This is important because, in terms of packaging and in terms of weight, it gives me a big advantage in a super sports car.”

The patent filed by the Raging Bull and MIT is for a material based on the “Metal-Organic Frameworks,” according to a press release. The material’s family of molecules is particularly well-suited for the electrodes of supercapacitors, according to the release. While Lamborghini is pleased with the progress on the supercapacitor, particularly over the last two years, the company believes there is potential for much more.

Indeed, Lamborghini has already started utilizing supercapacitors in its cars on a very limited basis. Announced earlier this summer, the Sián uses a supercapacitor to a power small electric motor that is part of its 819-hp hybrid powertrain. While the electric motor provides the first 34 hp, the rest comes from the company’s traditional V12 engine. The supercar, which has already sold out, is limited to just 63 examples.