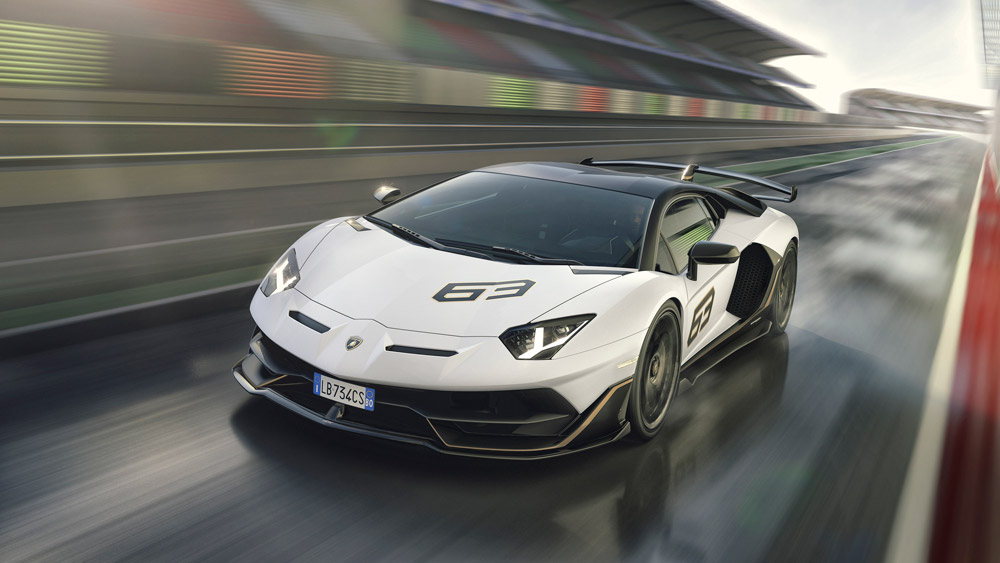 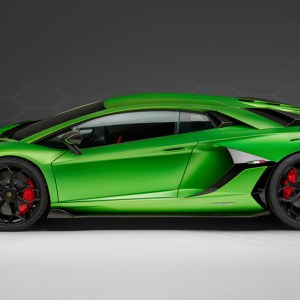 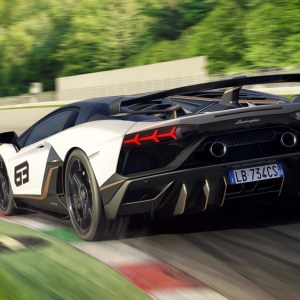 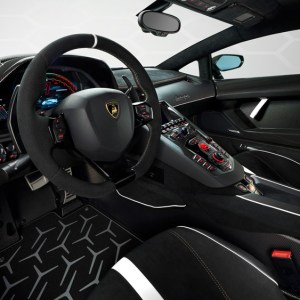 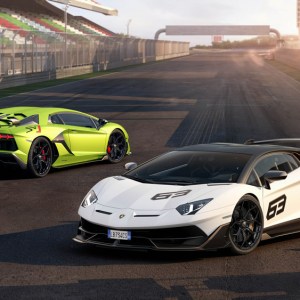 Unfinished business can be the best motivator, as evidenced by Lamborghini’s new Aventador Superveloce Jota (SVJ)—a road car with track-star pedigree and performance. Constructed of carbon fiber and aluminum, the top-tier variant of the marque’s already flagship model recently recorded the fastest lap for any production automobile at Germany’s infamous Nürburgring Nordschleife circuit. Its time of 6 minutes, 44.97 seconds for the 12.9-mile course was payback to Porsche and its 911 GT2 RS, which took the title away from Lamborghini’s Huracán Performante in 2017.

The Aventador SVJ owes the Jota (the Spanish name for the letter J) portion of its appellation to the work Lamborghini began in 1970 to meet the Fédération Internationale de l’Automobile’s Appendix J rules for race qualification. That project led to the one-off Miura Jota.

“It has always been important to prove that there is a ‘J factor’ to our models,” says Lamborghini’s CEO, Stefano Domenicali. “The designation is for a vehicle that is more track-oriented and extreme.”

To this end, the latest Raging Bull from Sant’Agata Bolognese charges with a 770 hp, naturally aspirated V-12—wringing out 531 ft lbs of torque—paired with a seven-speed Independent Shifting Rod transmission. In addition, the SVJ has a weight-to-power ratio of 4.37 lbs per hp. Because of this combination, the coupe catapults from zero to 62 mph in 2.8 seconds while on its way to a top speed of 217 mph. Straight-line prowess, however, wasn’t what prevailed over Porsche. It was how the car carries through the curves.

The four-wheel-drive Aventador SVJ’s patented Aerodinamica Lamborghini Attiva 2.0 active-aero system is automatically employed by the front spoiler and rear wing when driving dynamics warrant. This, in unison with four-wheel steering, better aero-loading to the inner wheel, and a suspension enhanced to hug the turns, currently make the SVJ the MVP in its rarefied field.

How important was setting the new benchmark at Nürburgring? “More and more, a car can’t be judged only on maximum speed and acceleration because it’s a matter of what the road can allow you to do,” says Lamborghini’s chief technical officer, Maurizio Reggiani. “For us, the gauge to measure performance is Nürburgring. It’s the reference against ourselves and our competitors.”

A total of 900 Aventador SVJs are planned for production, each priced starting at $517,770. Even more exclusive, a special-edition version commemorating the marque’s founding in 1963 is presented with a trim package featuring exposed carbon fiber. Fittingly, only 63 examples of the latter will be released.