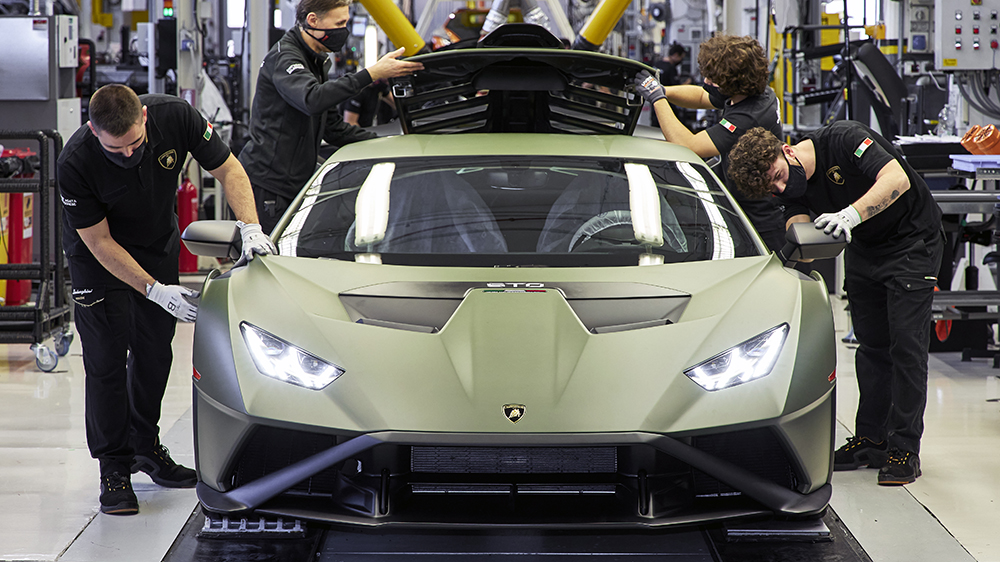 It looks like the Raging Bull had a raging 2021.

Lamborghini has just announced that last year was its best ever. The marque delivered a record 8,405 luxury cars worldwide in 2021, according to a statement released Wednesday. Sales were up by 13 percent year-on-year thanks to what Lambo describes as a “targeted and monitored growth strategy.”

To no great surprise, the ever-popular Urus was by far the automaker’s best-selling ride. The six-figure Super SUV accounted for nearly 60 percent of all sales in 2021, with 5,021 models hightailing it out of the factory in Sant’Agata Bolognese last year. The Huracán took second place, with 2,586 V-10 supercars delivered globally, while the V-12 Aventador scored the third spot with a more modest 798 units rolling out.

The Italian outfit also enjoyed double-digit growth in three major markets last year. Sales in America and Asia Pacific grew by 14 percent, respectively, while the EMEA (Europe, Middle East, Africa) region climbed 12 percent. The US remains Lamborghini’s most popular market with some 2,472 cars making it stateside. The marque’s home country of Italy, meanwhile, saw a comparatively modest 359 deliveries, which is still an increase of 3 percent compared to the previous year.

The Raging Bull isn’t the only automaker to have experienced a fruitful year. Bentley, Porsche, Rolls-Royce and BMW all posted record sales in 2021.

The past 12 months have been about more than just the numbers, though. Lamborghini introduced three new models, including the Huracan Super Trofeo Omologata (STO), Aventador Ultimae and the Countach LPI 800-4. The marque also presented its future electrification strategy that will see more than $1.8 billion put toward electrifying the entire range by the end of 2024 in order to cut CO2 emissions by 50 percent from 2025 onwards.

As for this year, Lamborghini says the sales outlook is positive. In fact, the marque has enough orders to cover almost the entire production run planned for the upcoming 12 months. It also plans to unveil four new models this year.

“We are stronger than ever as we prepare to embark on a period of profound transformation and move towards an even more sustainable future,” Stephan Winkelmann, Chairman and CEO of Automobili Lamborghini said in a statement. “In 2022 we’ll be doing our utmost to consolidate the current performance and get ready for the arrival of our future hybrid range from 2023 onwards.”