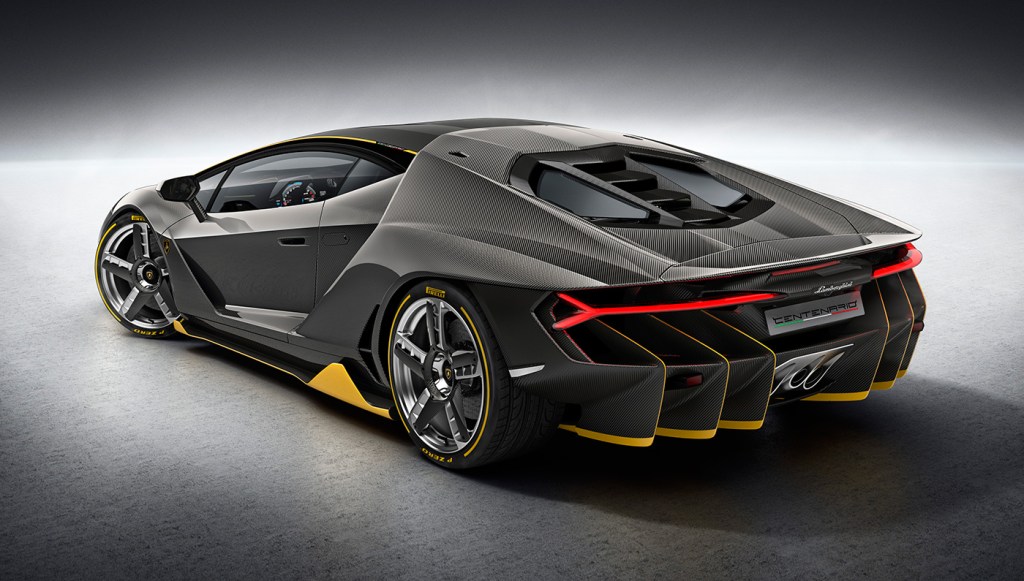 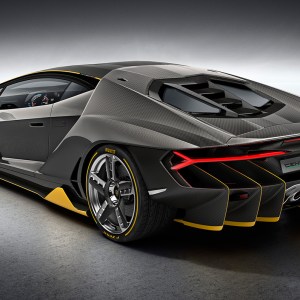 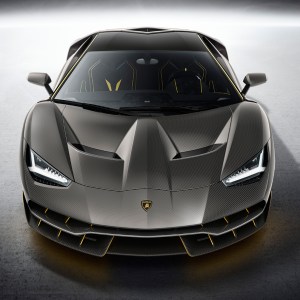 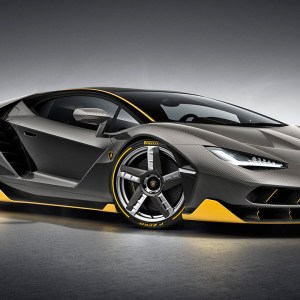 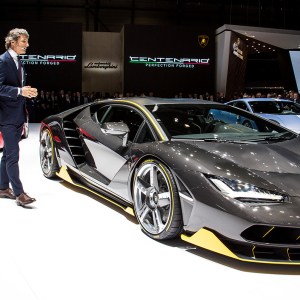 Another raging bull is ready to charge. The new Lamborghini Centenario has just entered the ring at the Geneva International Motor Show, and it boasts the most powerful engine the marque has ever made—a befitting celebration of Ferruccio Lamborghini’s corresponding 100th birthday.

Lunging out of the gate at a thunderous rate, the latest Lambo makes the sprint from zero to 62 mph in 2.8 seconds, and a naturally aspirated, 770 hp V-12 engine allows the Centenario to barrel up to 217 mph at 8,600 rpm. At these speeds, braking needs to be equally aggressive, and the racer reaches a full stop from 62 mph in just 98 feet.

The car’s completely carbon-fiber monocoque construction gives an impressive weight-to-power ratio of 4.5 pounds per hp. The light and fast composition is also complemented by aerodynamic accoutrements such as oversized air scoops in the hood (to increase downforce on the front axle) and finned inlets in the front and rear of the vehicle. The built-in rear diffuser also maximizes downforce (giving the supercar enhanced grip and speed through turns) and combines with the exaggerated wheel arches to give the Centenario its singular visual signature. Further airflow is facilitated by ducts on the front headlight casings, side skirts, and wheel arches in order to cool the rear radiators.

The all-wheel-drive dynamo also delivers precise handling, thanks to Lamborghini’s cryptically coined magneto rheological suspension and the Independent Shifting Rod (ISR) gearbox, which works in conjunction with the brand’s new rear-wheel steering. The latter is responsible for turning the specifically developed Pirelli P Zero tires in the opposite direction of the steering angle when operating at low speeds. The result is an effective shortening of the wheelbase for enhanced cornering capability. At high speeds, the same system syncs the rear tires with the steering angle to increase the level of stability and responsiveness to that of a car with a longer wheelbase.

Driver connectivity is also emphasized inside the customizable cockpit. Along with satellite navigation and Apple CarPlay (that enables hands-free access to the owner’s iPhone features) displayed on a 10.1-inch touchscreen, the infotainment integration also includes telemetry analysis. Not only are speeds and times recorded, but also g-force and lateral-force measurements in order to make track sessions more competitive and constructive.

Certainly a Lamborghini to long for, only 20 coupes and 20 roadsters will be produced, and each has already been purchased at a starting price of $1.9 million. The first Centenarios will be delivered in fall of 2016. (lamborghini.com)