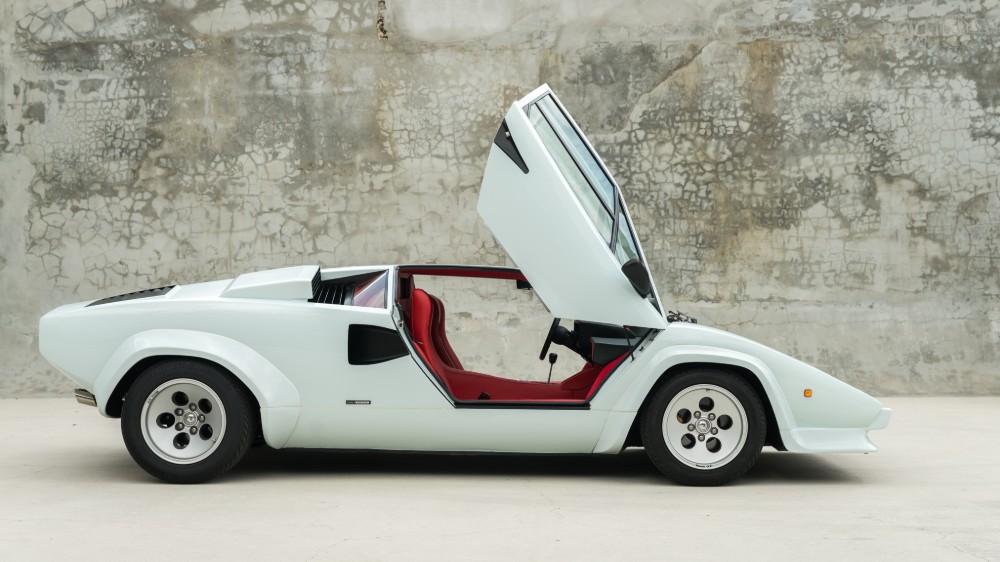 Even in the upper echelons of the collecting world, there are still vehicles that rise above the rest. For fans of 1980s Lamborghinis, that’s the Countach QV Downdraft. And now one of the ultra-rare supercars could be yours when it goes up for auction early next year.

In January, Scottsdale, Arizona-based Russo and Steele Collector Automobile Auctions will put a 1985 Countach QV Downdraft Coupé up for bid as part of its first sale of the year, according to a press release. And if that wasn’t exciting enough, the fully restored car may be the best example of a Downdraft in existence.

Making up less than a third of the Countachs ever produced—544 to be exact—the Downdraft variant gets its name from its massive 5.0-liter V12 engine. Featuring six Weber downdraft carburetors, the powerhouse was capable of churning out an impressive 455 hp, easily the most of any Countach model.

Rolling off the production line in February 1985, this Countach, with its Rosso livery and red leather interior, was the first-ever imported to the US by noted car enthusiast and Popeye Louisiana Kitchen founder Al Copeland. An exquisite example Lamborghini’s ’80s-era design, the vehicle is also the recipient of a $300,000 restoration, which saw it outfitted with period-correct Pirelli P7 tires and Ansa Sports exhaust. And thanks to having spent 15 years on display in Copeland’s New Orleans car museum, the 34-year-old car only has 9,750 miles on the odometer.

“This is probably the most beautiful example of a Countach Downdraft you will see anywhere,” said Russo and Steele president and CEO Drew Alcazar. “Even by today’s standards the car is quite powerful and even though it’s almost 35 years old, it’s design is timeless and the stuff of supercar fantasy.”

While no price estimate was made available, expect this Downdraft to command a hefty fee, thanks to its history and restoration. The Russo and Steele January auction will take place in Scottsdale, Arizona, from January 15 to 19.