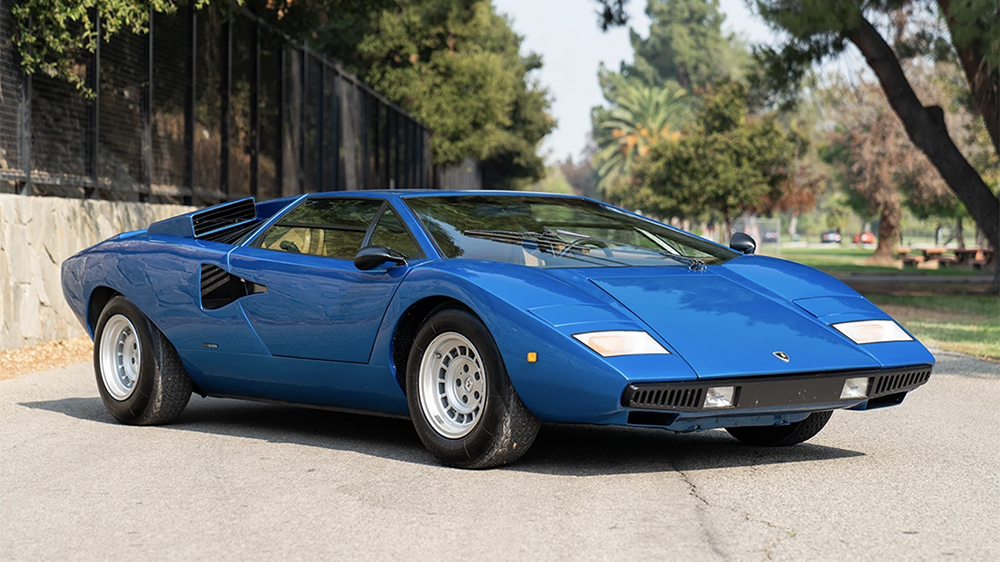 The Countach wasn’t Lamborghini’s first supercar, but its sleek angular lines certainly made a big impression when it hit the roads in 1974. And now an exclusive example of the vehicle that sold millions of posters in the ‘70s and ‘80s is hitting the block.

Later this month, Gooding & Co. is auctioning off a 1975 Countach LP400 Periscopa as part of its Geared Online classic car sale. And while a Countach may be a model any supercar enthusiast would love to have in their collection, this example’s exclusivity, coachwork and factory drivetrain make it even more attractive.

Lamborghini followed up the success of its first mid-engine supercar, the legendary Miura, almost immediately with the Marcello Gandini-designed Countach. Best known for its low profile, sharp wedge shape and trademark scissor doors, it made its debut at the Geneva Auto Show in 1973 and would go into production the next year. And the vehicle packed a serious punch thanks to a 4.0-liter V-12 that could produce 370 horses. Indeed, the Countach rocketed from zero to 60 mph in under five seconds, a rare feat at the time. The car would remain in production until 1990, by which point it had cemented its reputation as one of the most iconic supercars ever produced.

This particular example, chassis no. 1120064, is one of just 158 LP400 Periscopicas built during the car’s first four years of production. Its special designation is due to a small periscope-like mirror that was installed into its rooftop to provide rear visibility, a feature that would sadly be done away in future models. The vehicle is also presented in its original Blu Metallizatto livery and features the matching-numbers factory engine. It was originally sold to an enthusiast in Saudi Arabia but would pass through the hands of collectors in Europe before ending up with its current owner in the US.