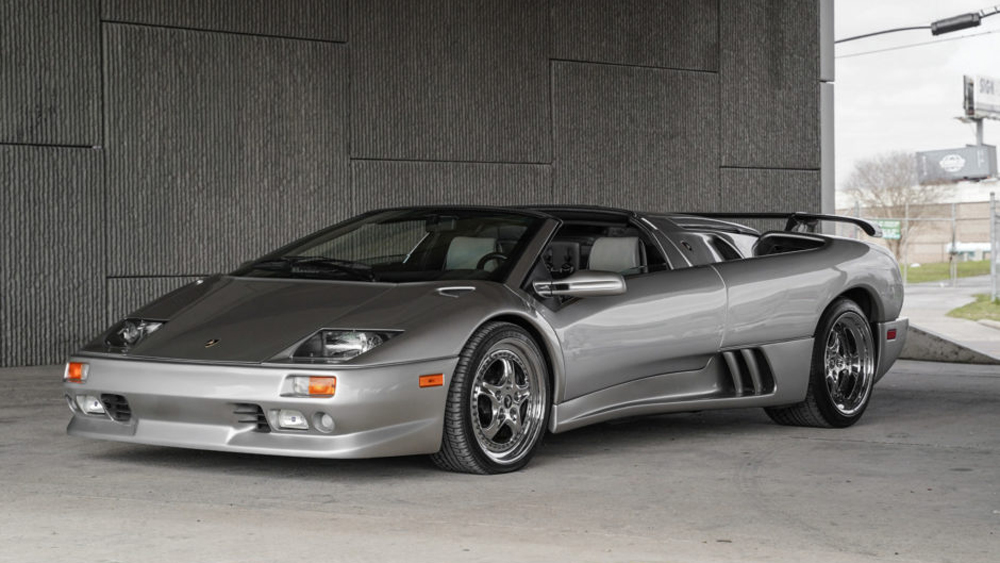 Courtesy of Bring a Trailer

The Lamborghini Diablo was the first Lambo to belong to the 200 mph club, and thus it notches a special place in our hearts. It’s an aesthetic charmer, too, with its unmistakable Lamborghini lines and wide rear track. But this 1999 Diablo VT Roadster, currently up for grabs on bringatrailer.com, is a cut above its brethren: It’s one of 30 VT Millennium Roadsters.

What’s special about a VT Millennium Roadster? It was a last hurrah to the 2000 model year, only available in two hues—titanium metallic and yellow—and all 10 units earmarked for the United States were finished in the former scheme. (This particular unit bears a plaque between the seats that declares it “7 out of 10.”) An optional carbon fiber spoiler, a unique leather interior, and a shorter-ratio SV rear diff complete the package.

Succeeding Diablo VTs would all feature 6.0-liter V-12s and were available only with a hard top, so this topless number was among the last Lamborghini produced. It also features a 529 hp 5.7-liter V-12, mated to a 5-speed manual (with a pretty stellar gate). That’s a power train that can pique any Lambo collector’s interest.