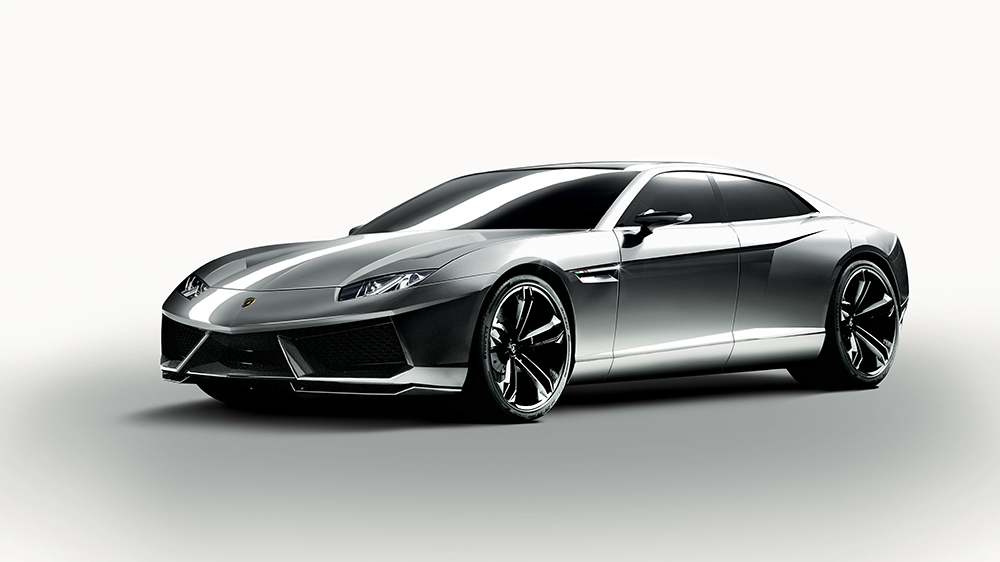 Back in 2008, for Paris’ Salon d’Automobiles show, Lamborghini debuted a sleek concept dubbed the Estoque. “It is a Lamborghini like no other before it: a four-door sports car that sticks resolutely to its creed. It brings a whole new versatility to the brand’s DNA—with its four seats and ample luggage space, this ‘everyday sports car’ is a perfect fit for an equally versatile lifestyle,” read the press release at the time. Now, more than a decade later, Lamborghini CEO Stefano Domenicali says the Italian supercar maker’s product road map likely includes a new 2+2 grand tourer.

While global sales were up 70 percent last year, Domenicali wants to push even harder, nearly doubling Lamborghini’s annual output to 10,000 units. Credit where it’s due: the Urus SUV accounted for a giant chunk of the uptick in Raging Bulls, but the notion of bringing more friends along for supercar—or super ute—trips is clearly appealing to today’s consumer.

If you’re holding your breath, wondering when a four-seater Lambo will charge into the GT arena, let it out. It’s going to be a while. Lamborghini, like every other OEM at the moment, must deal with how to wring more power out of engines while being super mindful of emissions and fuel consumption. While hesitant to shrink displacement and bolt on twin turbos, like other supercar marques are doing, Domenicali thinks hybridization is the path to future success, so that must be squared away before the 2+2. Then, the brand’s fiscal bedrock has to be unflappable before a fourth model can be introduced, sometime around 2025.

That’s right around the time McLaren’s Track 25 program will wrap up. That push will see 18 new models emerging from Woking before 2025, and while spokespeople for McLaren confirm a 2+2 isn’t included in Track 25, CEO Mike Flewitt hasn’t ruled out a four-seater in the future.

“I wouldn’t rule out one day doing at least a 2+2. It’s doable, so we’ll look at it,” Flewitt told Autocar after unveiling McLaren’s unnamed new grand tourer at Geneva. The hurdle for McLaren would be ensuring the DNA of the brand is at the forefront, and as wheelbases elongate to make room for passengers, it’s harder to keep the vehicle agile.

If everything gels, it’ll be interesting to see if Lamborghini and McLaren both drop 2+2 grand tourers on us, especially if they’re both emerging around the same time.