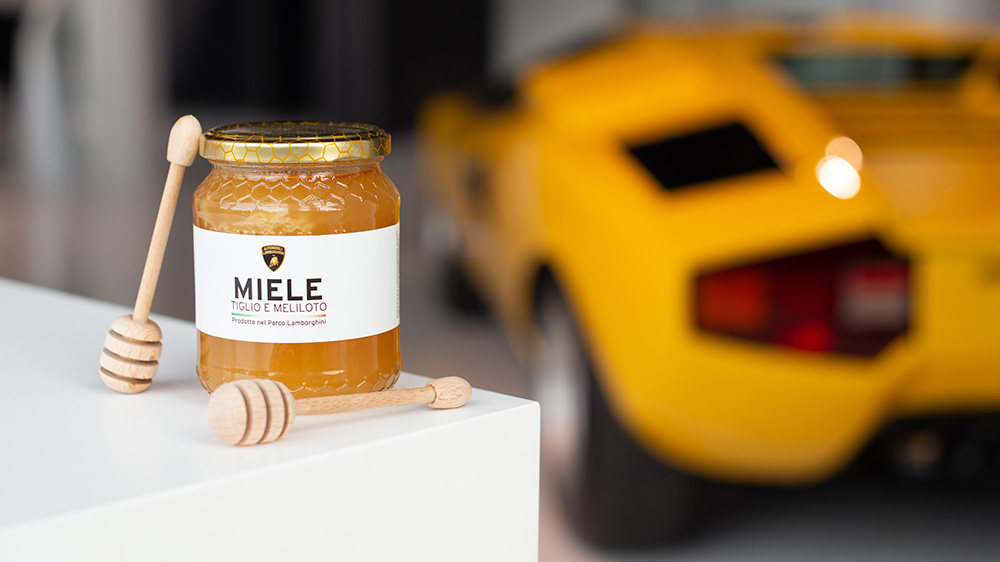 The Italian marque has been producing honey at its Sant’Agata Bolognese headquarters for a handful of years, according to Motor1.com. The sweet substance isn’t for sale, though, making it even harder to get ahold of than the new Huracán Sterrato.

An apiary was built at Lamborghini Park back in 2016 as part of the company’s efforts to help carry out environmental biomonitoring activity. Six years later, the space is home to 13 hives and 600,000 bees, 120,000 of which forage in the local area, the brand announced earlier this year.

Through a partnership with the Audi Environmental Foundation—both brands are owned by Volkswagen AG—two of the apiary’s hives are equipped with cameras, scales and bee counters. The tools allow researchers to better record how much nectar and pollen the bees are collecting, as well as monitor their behavior. The goal is to use the data collected from the apiary to better understand how the insect is affected by climate change.

Each year, the Lamborghini’s bees produce around 430 kg (or about 950 pounds) of honey. While we’re sure the Raging Bull could make a mint selling branded jars of the sweetener, it appears to have no interest in starting a food division—at least not yet. Instead, the honey is distributed to employees at the end of each year as a Christmas present.

While an automaker making honey may seem a little odd, Lamborghini is far from the only brand producing the substance. Porsche, another Volkswagen brand, recently expanded its own apiary, points out Motor1.com. It’s now home to 3 million bees that produce over 2,000 pounds of honey per year. You can actually buy the substance at the Porsche factory shop, though. Bentley and Rolls-Royce also produce and sell their own brand of honey.

It turns out the four marques have more in common than just building incredibly expensive vehicles.