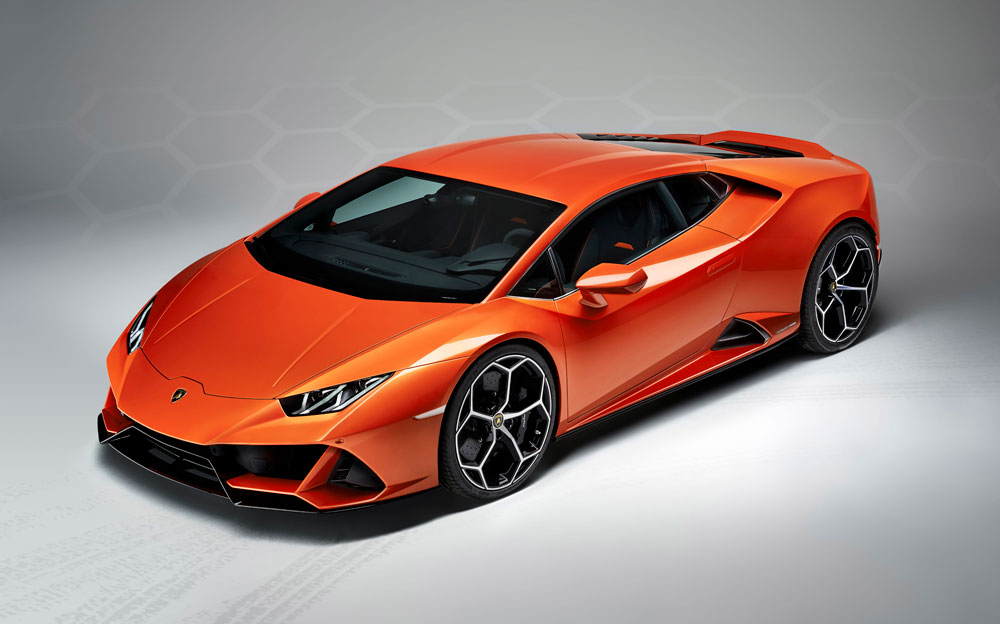 Say it in your finest Marlon Brando, Godfather–esque Italian (and preferably with a shrug of the shoulders and upturned palms): Lamborghini Dinamica Veicolo Integrata. (Bene, bene.) Those four words, abbreviated LDVI, refer to the diabolically clever, mind-reading, on-board computer system Lamborghini has developed for its just-announced Huracán Evo. The new Huracán variant—replacing the Huracán LP 610-4 coupe— hits showrooms here in the U.S. this spring, priced from $261,274.

This new on-board brilliance pulls together digital inputs from the car’s vast array of dynamic systems—all-wheel-drive, all-wheel steering, stability control, torque-vectoring, and active suspension, plus throttle and brake pedals. Then, using so-called “feed forward logic,” it doesn’t just react but can think ahead and predict the best driving set-up for what comes next.

You might need all the computing power you can get, because in addition to Dinamica Veicolo Integrata, the Evo gets the same shrieking, naturally aspirated 640 hp, 5.2-liter V-10 as the rocket ship Huracán Performante. With an extra 29 hp and 30 ft lbs of torque over the LP 610-4, and a towering 8,000 rpm redline, the Evo sprints from zero to 62 mph in just 2.9 seconds, zero to 125 mph in less than 9 seconds, and has a flat-out max speed of 202mph.

And to ensure the Cars & Coffee crowd know it’s the new Evo you’re driving, the coupe has been given a subtle styling refresh. Up front there’s a new fascia with bigger intakes featuring Lamborghini‘s signature Y-shaped design. Along the sides, the lower intakes have been re-shaped, and now there are stunning new 20-inch Aesir rims, unique to the Evo, at each corner.

The big styling give-away however is at the rear, where the old quad exhausts have been replaced with twin pipes now mounted inwards and upwards, as in the Performante. Thankfully they’ve left off the latter’s sky-scraping rear wing.

What you don’t see, unless you go down on hands and knees, is the new Evo’s focus on downforce-improving aerodynamics. A re-styled underbody together with a new rear spoiler are claimed to improve downforce and aero efficiency by five-fold compared to the original 2015 Huracán.

The Evo zips from zero to 62 mph in 2.9 seconds.  Photo: Courtesy of Automobili Lamborghini.

Open those doors and what you can’t help but see is the new 8.4-inch touchscreen infotainment system mounted on the center console. The screen frees the instrument panel of clutter and now controls all the infotainment, climate, and seat adjustments. It also deals with smartphone integration through Apple CarPlay. Hello Siri.

The Evo is certainly an impressive mid-life facelift for Lamborghini’s best-seller, at least until its successor—expected to be a plug-in hybrid—lands in 2022.