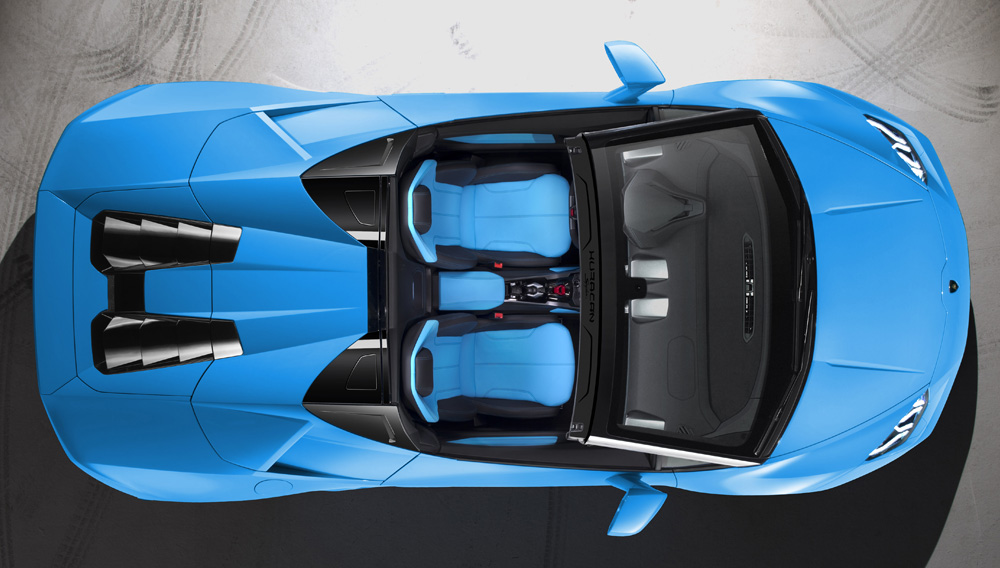 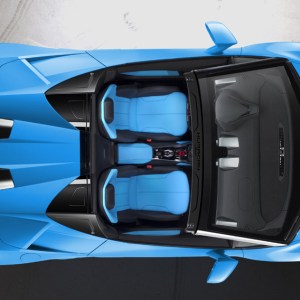 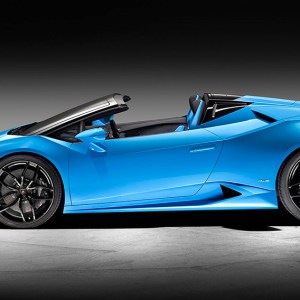 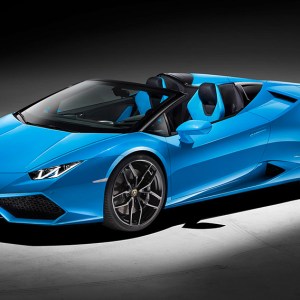 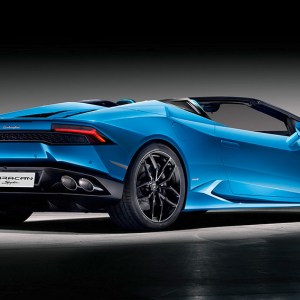 Lamborghini is gearing up for the International Motor Show (IAA) in Frankfurt, Germany, this week with the debut of the Lamborghini Huracán LP 610-4 Spyder, the drop-top version of the Lamborghini Huracán LP 610-4 coupe, which Robb Report named Best of the Best for 2015. Equipped with the same naturally aspirated 5.2-liter, 610 hp V-10 engine and 7-speed, dual-clutch gearbox found on the coupe, the Spyder can generate 413 ft lbs of torque and 610 hp, allowing it to reach a top speed of 201 mph (just 1 mph shy of the coupe) and sprint from zero to 62 mph in 3.4 seconds (a mere 0.2 second slower than the coupe). Its lightweight chassis, electronically controlled all-wheel drive, and aerodynamic spoiler and diffuser—both of which help to produce 50 percent more downforce than the Gallardo Spyder—all work to improve the convertible’s handling in tight turns. A cylinder-on-demand system that deactivates cylinder banks during less demanding driving and stop/start technology help reduce fuel consumption and carbon emissions.

When open-air driving is in order, the hydraulically controlled soft top can lower in 17 seconds while the car is driving at speeds of up to 31 mph. As the roof folds away, two fins rise from the rear of the car, improving aerodynamics and optimizing airflow through the engine compartment. Aesthetic optimization, on the other hand, can be achieved by mating one of the top’s three standard colors (black, brown, or red) with one of 11 exterior paint schemes.

Following its IAA debut, the Huracán Spyder will begin deliveries in spring 2016. Pricing starts from about $211,000. (lamborghini.com)