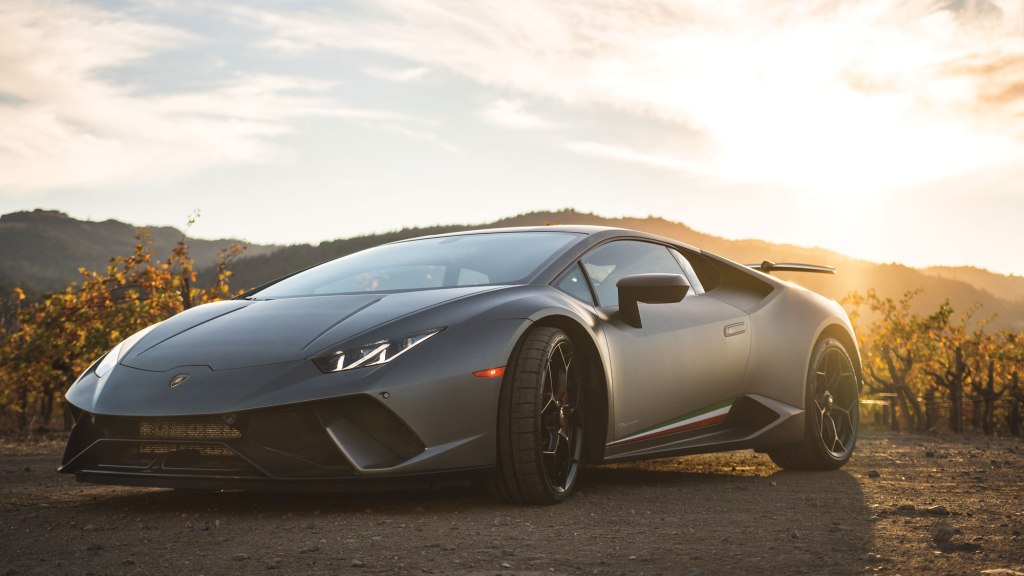 The Performante is Lamborghini’s most powerful Huracán, and it was a revelation to the more than scores of Robb Report readers who, over the course of 10 driving sessions, weighed its merits against the official criteria of this signature competition. That it took a decided victory in our 2018 Car of the Year is testament to its sheer goodness as a driving partner. How could such a single-purpose machine—such a polarizing, flamboyant design—ingratiate itself to so many drivers, many of whom might not ordinarily be seduced by such a wild thing? We suspect the active aerodynamics, so carefully engineered into the car that it handles literally as if on rails, elevate driver engagement and confidence to make every curve, every straight-line blast, a laugh-out-loud experience. A forest of exclamation points punctuated the near-unanimous enthusiasm expressed by our judges, like Ron Sprengeler, who said, “There seems to be no limit of control with this car. It is truly an unbelievable driving experience!” Bill Reid enthused, “This is the best production sports car I have ever driven. The car combines incredible power with equally capable handling and suspension.”

All-wheel drive, a seamless 7-speed dual-clutch automated manual transmission, and the pure delight of a V-10 engine (with no turbo lag because it has no turbos) sucking air and spinning to 8,500 rpm make an intoxicating concoction. Rick Kinning thrice exclaimed: “Unbridled performance!” It’s difficult to describe the uncanny precision wrought by the Performante’s active aerodynamics: flaps, channels, slots, and wings that optimize airflow by moving in response to real-time data. It had Gary Spratling speculating that “Lamborghini’s engineers must have found a way to generate an envelope of additional gravitational force that moves with the car, resulting in unprecedented surface grip and enabling otherwise impossible maneuvers.” Kalamazoo’s Russ Faulk (whose Cambozola burgers are a Car of the Year tradition) put Lamborghini’s achievement in context. “This thing is simply amazing,” he said. “I have loved all of the other Huracáns I’ve driven, but they’ve truly reached another level with the Performante.” Wesley Steffens addressed other aspects that made our gray bull such a winner, highlighting “pure luxury, meticulous attention to detail, a craftsman’s masterpiece. It’s an unfair fight!” Chef Philip Tessier, out of his kitchen and behind the wheel, was impressed by “unreal performance . . . precision, [it] makes a novice feel like an expert.” But perhaps Jodie Resnick said it best when she wrote: “#alliwantforchristmas.”