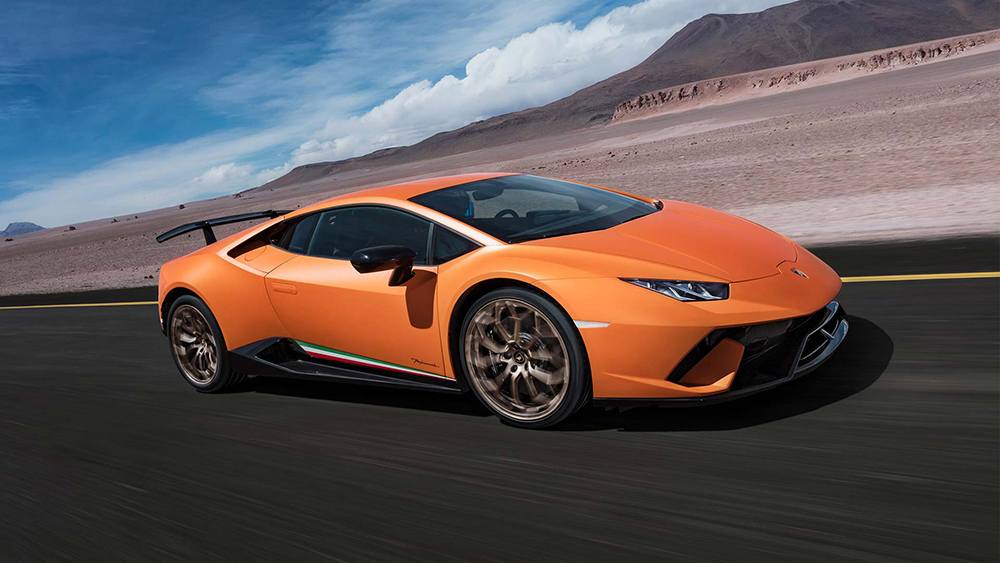 Don’t expect Lamborghini to turn its back on the fiery engines of its past anytime soon.

The Italian marque may be moving full speed ahead with attempts to electrify its lineup, but it sounds like it would like to keep using internal combustion engines as long as possible. CEO Stephan Winkelmann recently told German newspaper Welt am Sonntag that he’s hopeful the brand can find a way to keep using traditional powertrains into the next decade and beyond.

“After hybridization, we will wait to see whether it will be possible to offer vehicles with an internal combustion engine beyond 2030,” Winkelmann said in an interview with the publication, according to a Reuters translation. “One possibility would be to keep combustion engine vehicles alive via synthetic fuels.”

Winkelman’s comments come just weeks after he tapped the brakes on the timeline for the brand’s first EV. Last year, when unveiling the $1.8 billion “Cor Tauri” electrification strategy, Winkelmann said the brand would release its first fully electric model during the second half of the decade. In January, he amended that pledge slightly, saying he was hopeful the battery-powered Lambo, which is expected to be a four-seat grand tourer, would make its debut before 2030.

While its first EV won’t get here quite as quickly as originally planned, the marque is beginning its shift towards electrification in earnest this year. The brand will release its final four pure gas-powered vehicles—including two new Huracáns and a pair of Urus models, all of which have already sold out—before 2022 is over. The follow-up to the Aventador, which will be a plug-in hybrid powered in part by a new V-12 engine, is scheduled to debut next year and the rest of the lineup will be fully hybridized by 2024.

It’s clear that Lamborghini would like to offer a variety of powertrain options to its customers going forward—or at least two, hybrid and all-electric—but who knows how long it will even be able to sell vehicles with combustion engines. As Jalopnik points out, the EU, along with several US states, plans to ban the sale of vehicles with combustion powertrains by 2035. There might be some wiggle room, though. Germany will make concessions for vehicles powered by synthetic fuels, but it’s still unclear when or if gasoline alternatives can be produced at scale.

Either way, Lamborghini’s internal combustion engines would seem to still have some life left in them. For now, at least.