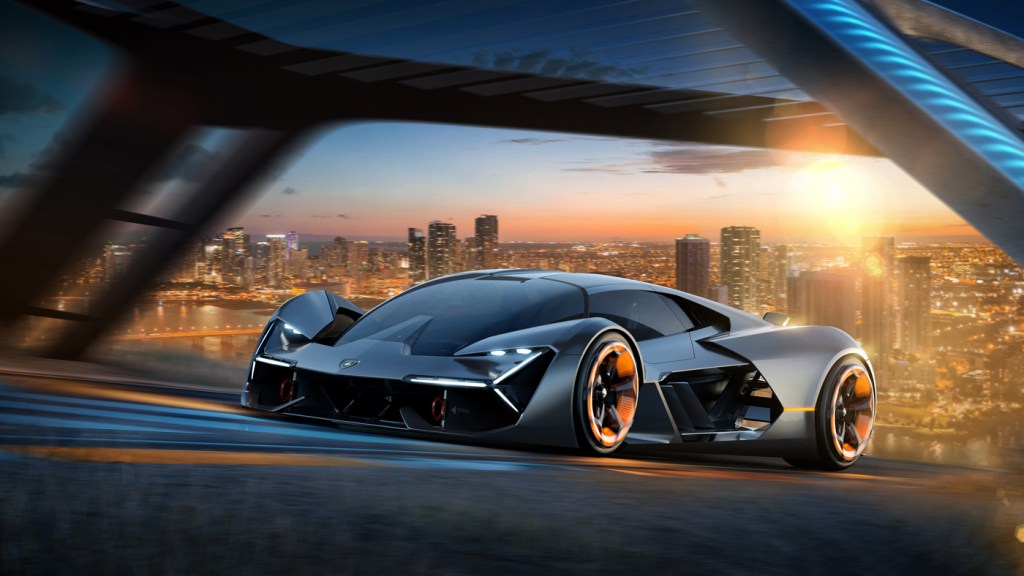 A self-healing hypercar? That reality may not be too far if Automobili Lamborghini’s visionary plans prevail. On November 6th, the company officially revealed its exploration into innovative technologies and the development of envelope-pushing electric power trains in partnership with the Massachusetts Institute of Technology (MIT). With that mission in mind, the marque also unveiled a super sports car concept it calls Lamborghini of the Terzo Millennio.

Under the auspices of their collective MIT-Italy Program, both institutions are focused on five areas of advancement. These comprise new systems for propulsion and energy storage, a next-level design language, integration of cutting-edge materials, and a new dimension in driver experience and automotive interface.

As far as energy and storage breakthroughs, study centers on supercapacitors that will optimize power and the regeneration of kinetic energy while greatly increasing the system’s lifecycle compared to current battery configurations. Storage capacity will also be a key element of the Terzo Millennio’s entire carbon-fiber body, which will serve as a reservoir for reserve energy. This alternative “fuel” will be fed to electric motors located at each wheel. In addition, fans of science fiction will be fascinated by the vehicle’s proposed ability to conduct diagnostics and repair its own detected defects and weak points via what could be considered arteries within the body that contain restorative chemicals.

In theory, the vehicle will conduct its own diagnostics and structural repair.  Rendering: Courtesy Automobili Lamborghini.

The car will feature forged composite monocoque construction and will present a new direction in design—one that accentuates aerodynamics more than ever before. Inside, the driver will have access to the vehicle’s Piloted Driving simulation that will autonomously guide the occupant around a selected racecourse before turning the car over to human control.

At this stage in the game, the overarching goal remains lofty; only time will tell if it’s tenable. After all, by the third millennium of our modern era, teleportation may be the favored form of transportation. But who knows? MIT and Lamborghini may already be looking into that, too.