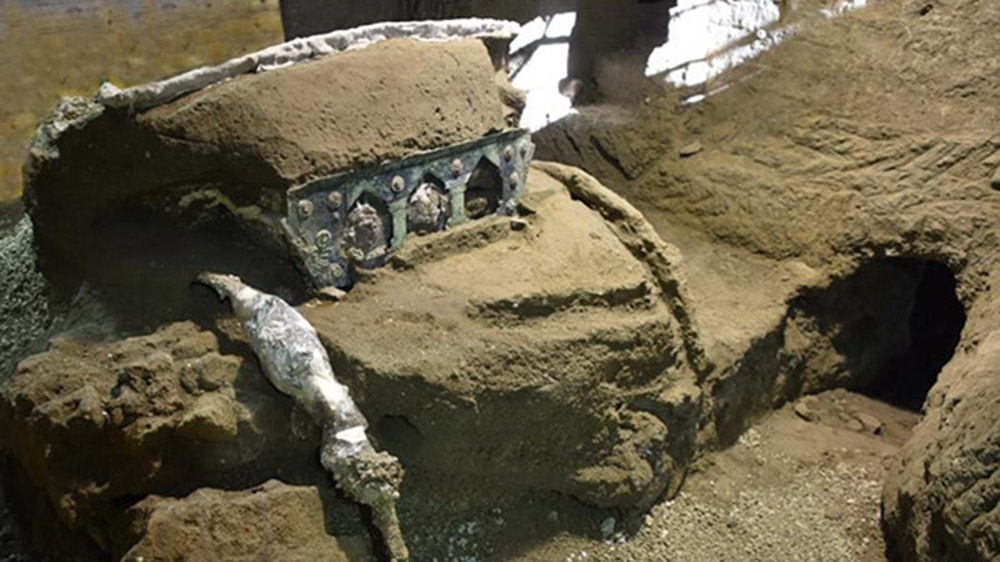 Some auto historians will tell you that the supercar dates back to the 1960s, but it looks like the concept may be much older than that.

Archaeologists in Italy have uncovered a remarkably well-preserved, 2,000-year-old chariot while digging through the ashen ruins of the ancient city of Pompeii. While the vehicle’s age and condition are enough to make the discovery noteworthy, even more interesting is the fact that this model appears to be a luxury chariot for its era.

The ceremonial carriage, which archaeologists believe was used for festivals and parades, was recently unearthed “almost intact” from the excavation site, the Archaeological Park of Pompeii announced on Saturday. It may lack a fancy paint job, carbon-fiber elements and a giant rear wing, but it does feature four iron wheels, metal arm and back rests, a seat and is decorated with bronze and tin decorations of satyrs, nymphs and cupids, suggesting it was used for weddings.

Since news of the “extraordinary find” broke over the weekend, the global archaeological community has barely been able to contain its excitement. “I was astounded,” University of Massachusetts Amherst professor Eric Poehler told NPR. “Many of the vehicles I’d written about before. . .are your standard station wagon or vehicle for taking the kids to soccer. This is a Lamborghini. This is an outright fancy, fancy car.”

Pompeii has been a subject of fascination for researchers and historians since its ruins were discovered in the 16th century. The ancient city was buried in volcanic ash after Mount Vesuvius erupted 2,000 years ago. Although the eruption completely destroyed the city, it also left its buildings and ephemera, including the chariot, preserved in incredible detail. Authorities say the supercart survived the blast and the intervening centuries because it was stored in a portico.

The chariot isn’t the first vehicle to be disinterred during excavations of Pompeii, but it is definitely the most luxurious discovery of its kind up until now. And considering Italy’s long-standing love affair with flamboyant speed machines, it only feels fitting.