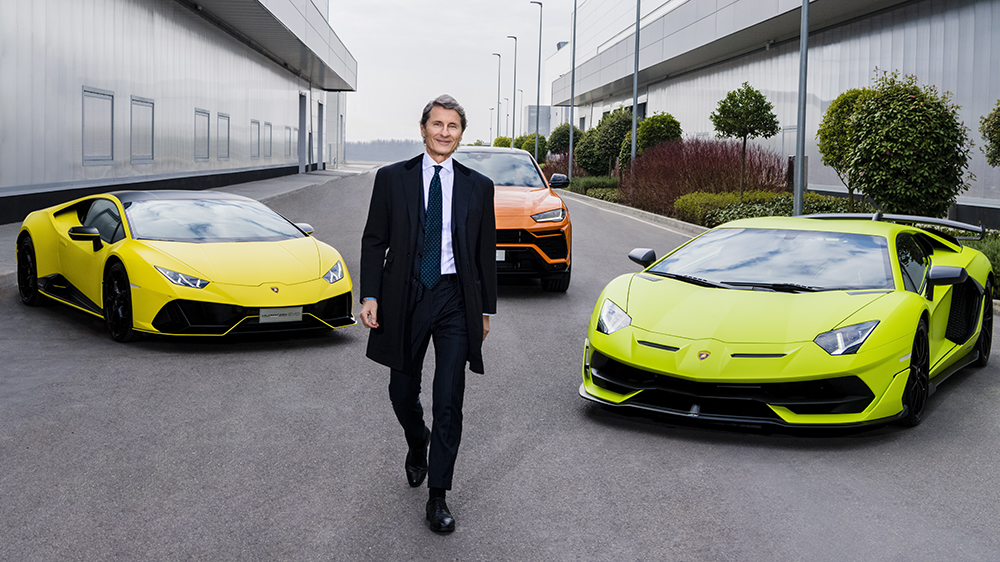 Lamborghini has powered into the new year like a raging bull to a red flag. The Italian marque has posted a record-breaking first quarter with sales reaching the highest point in its 58-year history.

The Sant’Agata Bolognese automaker recently announced it delivered a total of 2,422 six-figure four-wheelers in the first three months of 2021, marking its best results since it was founded by Ferruccio Lamborghini back in 1963. The news comes shortly after rival Rolls-Royce posted its best quarter ever, signaling luxury marques may be making a significant rebound one year into the pandemic.

Lamborghini’s Q1 sales were more than 25 percent greater than the same period of 2020 and 22 percent higher than the first quarter of 2019, which now stands as second best. Among the markets, the US, China and Germany have all shown positive momentum at this early stage of the year.

The Urus was the marque’s most popular model with a total of 1,382 sold in Q1.  Lamborghini

Lamborghini’s Urus SUV continues to be the marque’s most popular model with a total of 1,382 snapped up from January to March. Coincidentally, the 650 hp SUV is popular with Robb Report, too, taking top honors as Car of the Year in 2019. The 2021 Urus is priced from $218,000, which means the automaker raked in around $301 million from the model.

The second-highest seller was the V-10 powered Huracán. A cool 753 models of the 602 hp supercar found homes in the first quarter. At roughly $208,000 a pop, those Huracáns generated approximately $157 million for the marque.

Lamborghini’s V-12 beast, the Aventador, came in third with a total of 287 models delivered to clients in the year’s first three months. Priced in the ballpark of $417,000, the 730 hp speedster has netted roughly $120 million so far this year. With all figures combined, Lamborghini looks to have made around $578 million with the sale of the 2,422 cars. That’s not including the dollars that were likely spent on optional extras and custom tweaks.

A total of 287 Aventadors rolled off the assembly line in Q1.  Lamborghini

Lamborghini’s president and chief executive Stephan Winkelmann (pictured at top) says the marque continues to respond to strong market demand with a growing appeal despite the ongoing challenges and uncertainties brought about by the Covid-19 pandemic.

“We have a very positive outlook ahead for this year, thanks to an order bank that has grown by 25 percent compared to the first quarter of 2020 and already covers nine months of production,” Winkelmann said in a statement. “We are ready to pursue the new objectives we have set and to respond concretely, with significant innovations, to the moment of extensive transformation that is affecting the automotive industry as a whole.”