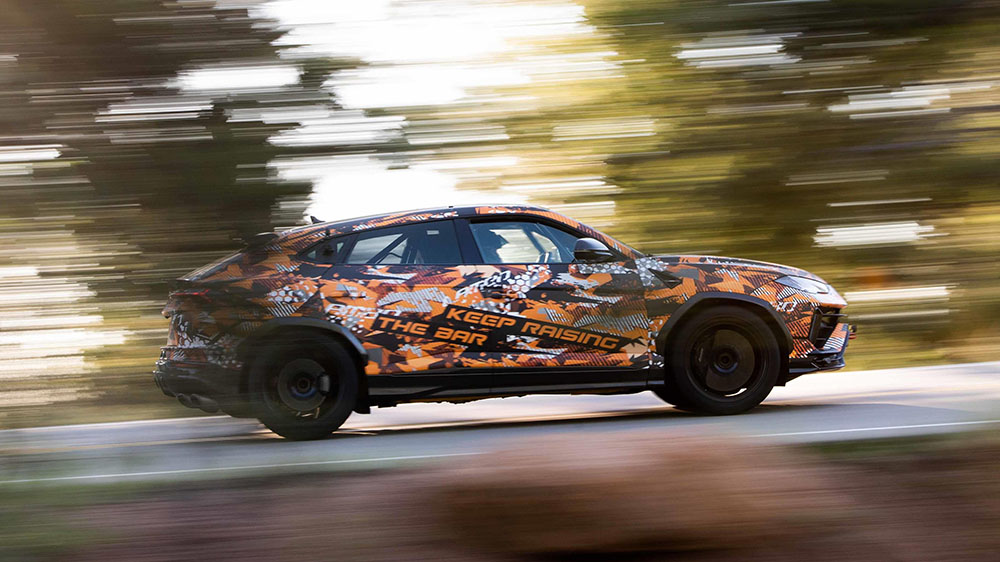 Lamborghini’s newest Urus has yet to make its official debut, but it’s already setting records.

The Raging Bull announced on Wednesday that an upcoming variant of its most popular model recently set the Pikes Peak record for a production SUV. The sporty crossover completed the hill climb in 10:32.064, beating the previous mark by nearly 18 seconds.

The unnamed Urus variant didn’t participate in the 100th Pikes Peak International Hill Climb this past June, but the SUV’s run was recorded by the event’s official time keepers, according to Lamborghini. Behind the wheel was Pirelli test driver Simone Faggioli, a Pikes Peak veteran. Faggiolli was able to maneuver the SUV around the 156-turn, 12.4-mile course 17.838 seconds quicker than the previous record holder, a Bentley Bentayga, managed in 2018. This isn’t the driver’s first record setting run, either. He set (and still holds) the rear-wheel-drive record in 2018.

Lamborghini isn’t ready to fully unveil the latest Urus just yet, so the SUV that tackled the hill climb did so in a digital camouflage wrap with “Keep Raising the Bar” splashed across its sides. The marque is also keeping its mechanical and technical features secret for the time being—for the most part. It did reveal that the record-setter was equipped with a standard twin-turbo V-8, a modified roll cage, racing seats with six-point harnesses and wore a set of semi-slick Pirelli P Zero Trofeo R tires.

“The decision to test ourselves at Pikes Peak reflects the Lamborghini spirit of ‘expect the unexpected,’ and demonstrates the outstanding performance of the new Urus model to be presented shortly,” Rouven Mohr, Lamborghini chief technical officer, said in a statement. “Pikes Peak is the most famous hill climb event in the world, as well as being extremely challenging for the car: the uneven track layout tests the chassis’ balance; the significant altitude differences stress the powertrain; and the weather conditions can change very rapidly between start to finish.”

Luckily, we won’t have to wait much longer to see the new Urus in all its glory. Lamborghini plans to fully unveil the record-setting SUV on Aug. 19. The variant could be one of two new Uruses revealed this month, according to Motor1.com, one of which is expected to be a refreshed Evo. Regardless, it looks like fans of Lamborghini’s SUV are in for a treat.

Click here to see all of the photos of the Lamborghini Urus that broke the Pikes Peak record.