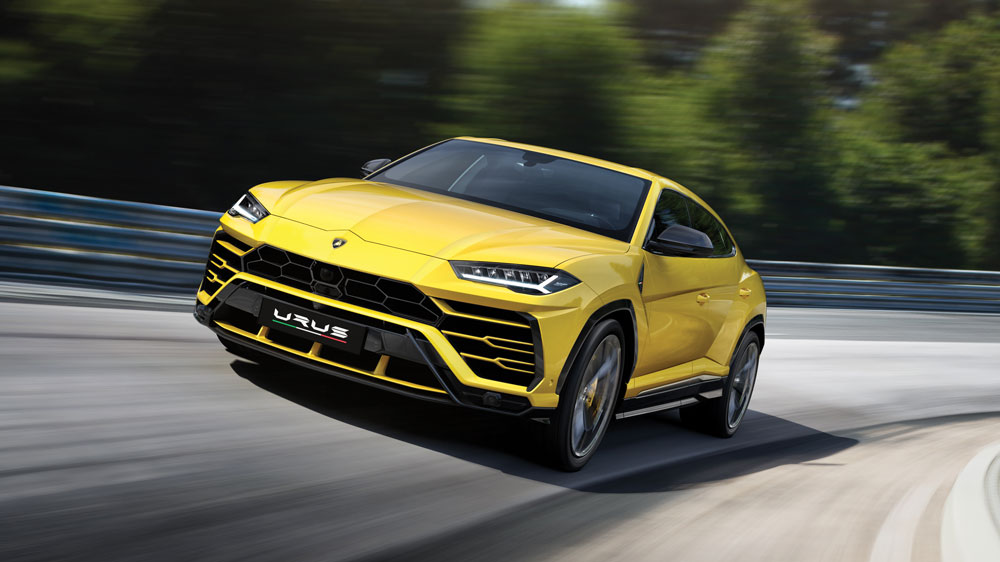 When history repeats itself, the second go-around rarely offers a profound improvement over the first. Not so with the new Lamborghini Urus, the exponentially advanced successor to the marque’s original off-road raging bull, the 1980s-era LM002.

The Urus, which is named after an extinct breed of ox, is also an improvement on current-model SUVs. It breaks boundaries in the burgeoning market, offering horsepower on par with its supercar sibling, the Lamborghini Huracán Performante, while the cutting-edge crossover’s four-wheel steering, active damping, and four-wheel-drive configuration are inherited from the brand’s flagship Aventador S.

But the Urus doesn’t rest on other Lambos’ laurels. The front-engine SUV is unique in its combination of active torque vectoring, adaptive air suspension, active anti-roll bar, and six driving modes—including options for dirt, sand, and snow. In addition, each mode can be further fine-tuned by the EGO setting, which tailors traction, suspension, and steering. With such innovative engineering, it’s no surprise that the Urus is equally at home on both track and trail. “We have taken a mix of the most important features of the Aventador S and the Huracán Performante and merged them with additional technology in order to be able to control weight and the center of gravity,” says Maurizio Reggiani, Lamborghini’s chief technical officer. “The result is the perception that the car is much shorter and lighter because it’s so agile.”

Its appearance is equally impressive. “In terms of design, the Urus combines the Countach with elements of the LM002,” states Mitja Borkert, the vehicle’s head designer. “It’s a visionary expression with the most extreme proportions.” (from $200,000)