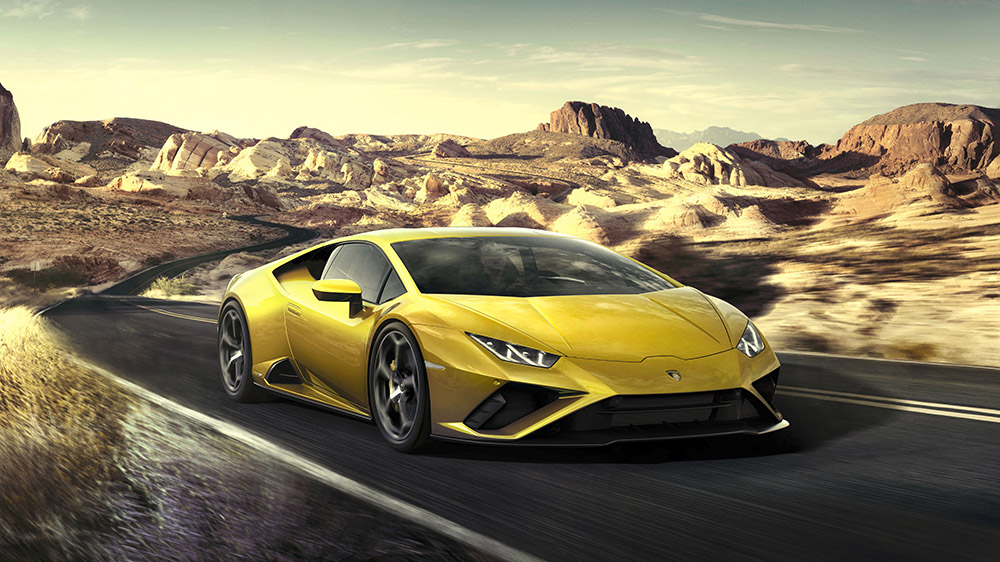 Lamborghini is ringing in the new year with a brand new Huracán variant. The company has just announced a rear-wheel-drive version of its “entry level” supercar that offers both improved handling and more power than before.

Over the weekend, the Raging Bull unveiled the Huracán Evo RWD, which will take the place of the 4-year-old Huracán LP580-2 in the model’s lineup. Engineered specifically for “driving fun,” according to the Italian automaker, the car is the only 10-cylinder supercar with rear-wheel-drive currently on the market.

While slightly less powerful than the standard, all-wheel-drive Evo that was released last January, the RWD’s 5.2-liter, naturally aspirated V-10 can still churn out a very impressive 610 hp and 413 lb-ft of torque, an increase of 30 hp compared to the LP580-2. The Evo RWD may be a tad slower off the block than the standard version—it goes from 0-to-62 mph in 3.3 seconds compared to 2.9 seconds—but both cars have a top speed of 202 mph, according to the brand.

Of course, the main difference between the latest Huracán and the standard Evo (and the LP580-2)—and the Evo RWD’s main selling point—is its fluid handling. The supercar has been equipped with Lamborghini’s recalibrated Performance Traction Control System, which allows it to “slide and skate during acceleration.” In “Strada” mode, the system minimizes slippage; in “Sport” it opens up slip angles and drifting potential, while in “Corsa” it improves corner exit traction. Overall, Lamborghini claims the Evo RWD deliver’s 30 percent more oversteer than the LP580-2.

“The Huracán Evo rear-wheel drive puts the car in the driver’s hands: the driving experience is delivered by the hardware,” Stefano Domenicali, Lamborghini’s chairman and CEO said. “This car reminds the driver of Lamborghini’s pure engineering origins: the driver is at the center of the Huracán EVO RWD’s performance, with unfiltered feedback and an emotive and more engaging driving experience controlled by the pilot.”

The Evo RWD sports a few new aesthetic touches as well. In the front, it’s been equipped with a new streamlined splitter that connects the nose to the outer-air intakes. Combined with a revised diffuser in the back, the tweaks generate more airflow beneath the car and increase overall downforce.