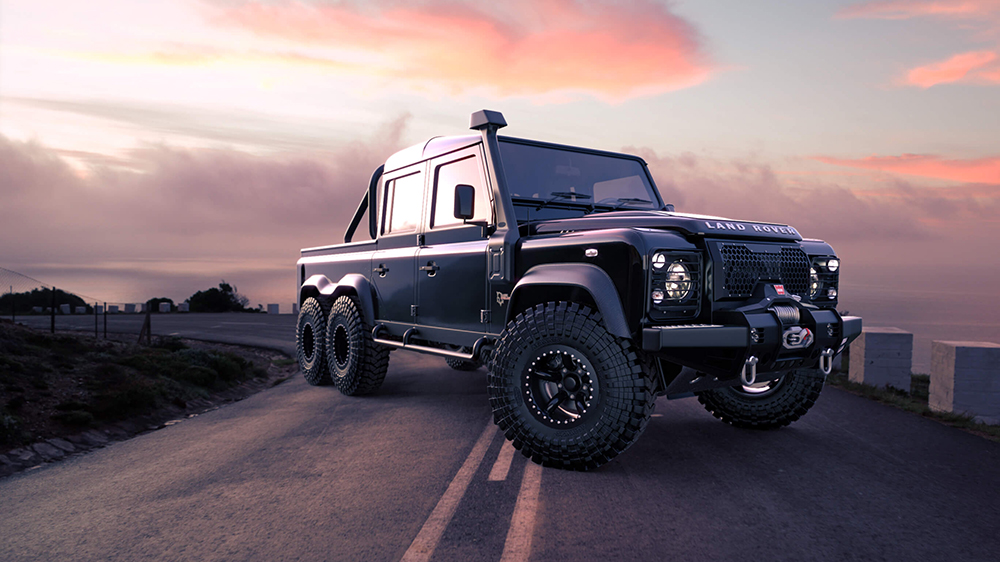 The name Land Rover may conjure 4x4s, but the British automaker once had a brief history of going even bigger. Now, the 6×6 the marque made in the 1980s is being resurrected, thanks to a Georgia custom shop—and it’s up for sale.

Classic Overland is giving SUV enthusiasts the opportunity to get their hands on a fearsome, fully souped-up version of the Land Rover Defender 110 6×6. Dubbed “Project Black Mamba,” the ultra-rare Defender variant is a dream come true who’s ever wished the company’s utility vehicles were even brawnier.

Originally made as a specialist vehicle for the Australian Army during the ‘80s, the Defender 110 6×6 proved to be a hit to just about everyone, and was even made available to civilians and other militaries briefly. But this Defender was located in fire station in South Africa where it had been incredibly well-maintained during its time as an emergency vehicle.

Used to tow huge loads of water over tough terrain, the “Black Mamba” was already pretty tough before Classic Overland got their hands on it. But under their custom expertise, the vehicle has been taken to a new level. It now features a beefy GM LS3 E-ROD LS3 6.2-liter V8 engine, capable of producing 430 hp and 425 lb-ft of torque. Other upgrades include a strengthened suspension, new wheels with all-terrain tires, a roll cage and snorkel exhaust.

But Classic Overland wasn’t just focused on performance. The 6×6 sports was given an intimidating, blacked-out aesthetic from head to toe. This extends to the cab’s interior, which has been spruced up in all-black premium leather.

Classic Overland is selling the “Black Mamba,” which has only 30,000 miles on the odometer, for an eye-popping $315,000. The company is also willing to customize the SUV to your liking.

Check out more photos of “Project Black Mamba” below: