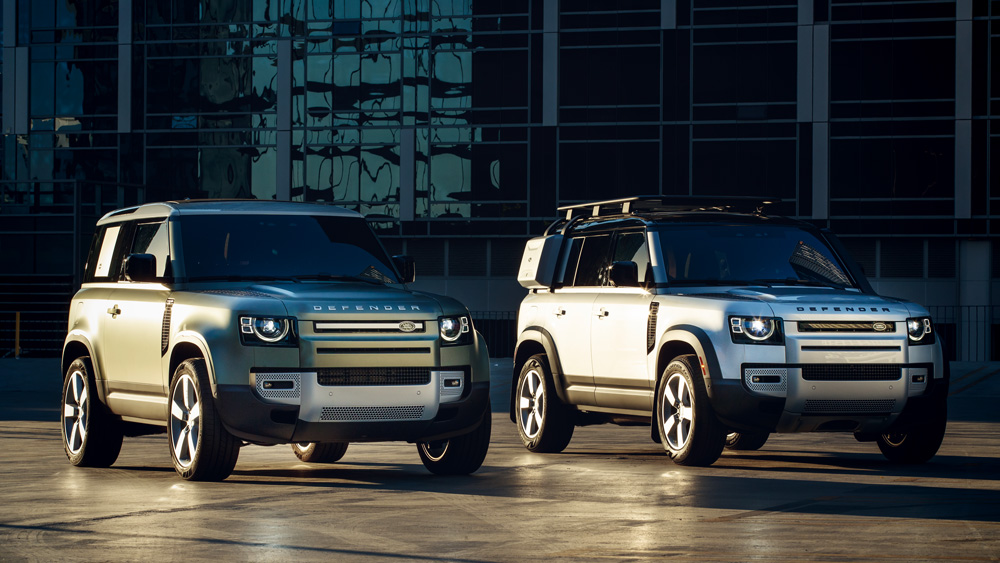 From Jay Gatsby’s yellow Rolls-Royce to the sultry Jaguar E-Type of the 1960s to current supercars from McLaren and its rivals, the upper echelons of the British car industry have found enthusiastic patrons in America. And the Brits are grateful for your custom. But as the first examples of the new Land Rover Defender are delivered Stateside, I can’t help feeling that you ought to be grateful to us for finally letting you buy our national SUV again after a 23-year absence from the US market.

No car—not even the Mini—is as central to the British motoring psyche as the Defender. It helped reboot our economy after the war. It sparked our car industry’s dominance in the 1960s by opening global markets. It has now transported our soliders across nine decades. Many of us learned to drive in an old one, crunching through the gears in a farmer’s field. Even Her Majesty the Queen drives one.

At its launch in 1948, few could have imagined such a spartan vehicle being recast as a Robb Report kind of car, but a lot can change in 72 years. The original Land Rover (the Defender name was added in 1990) cost just £450, with doors and passenger seats extra. “There is nothing of the luxury vehicle about its looks,” Britain’s Autocar magazine wrote at the time. But with the top-spec version of its latest descendant costing upwards of $80,000, the new Defender is now unquestionably a discretionary purchase, and you can spend into six figures if you’re liberal with options like a rooftop tent and portable shower. The good news: Doors and seats are now standard.

America was a formative influence on the Land Rover. US forces left thousands of Jeeps behind after World War II, and the Wilks brothers, who ran Rover at the time, used one on their farm in Wales. They had an idea for a car equal to the Jeep’s rugged simplicity but lighter, more efficient and sweeter to steer. They thought they might sell a few hundred each month, mainly to farmers. But orders rolled in: from armies, aid agencies, explorers and anyone who needed to go where roads yet hadn’t. Within six years they’d made 100,000, and by the end of production of the original car in 2016, more than two million had found garages.

But the roots of the Land Rover’s shift from farm and military vehicle to luxury car go back to its earliest days. King George VI was presented with the 100th example in ’48. Steve McQueen, Marilyn Monroe and Sophia Loren were all seen in them. Lately a sun-bleached and patinated Defender has become the Instagram-friendly hipster ride of choice, equally at home on a beach, in the backwoods or on an English country estate. The best restored early examples now sell for six figures. No wonder Land Rover felt confident moving the Defender upmarket after a four-year absence caused by modern emissions and safety regulations, which the old car, evolved from the very first, couldn’t hope to meet.

This new Defender is based on the Range Rover architecture family, and shares nothing but its name with the original. But in its looks, in details like the exposed screwheads in the cabin, in its extraordinary off-road ability and in that mad range of options, it captures the spirit of the old Defender. Those of us who love that car and were worried about what might replace it have been reassured. We’re delighted to share it with you. But do please remember who else owns a Defender, and dress properly and sit up straight when driving it.