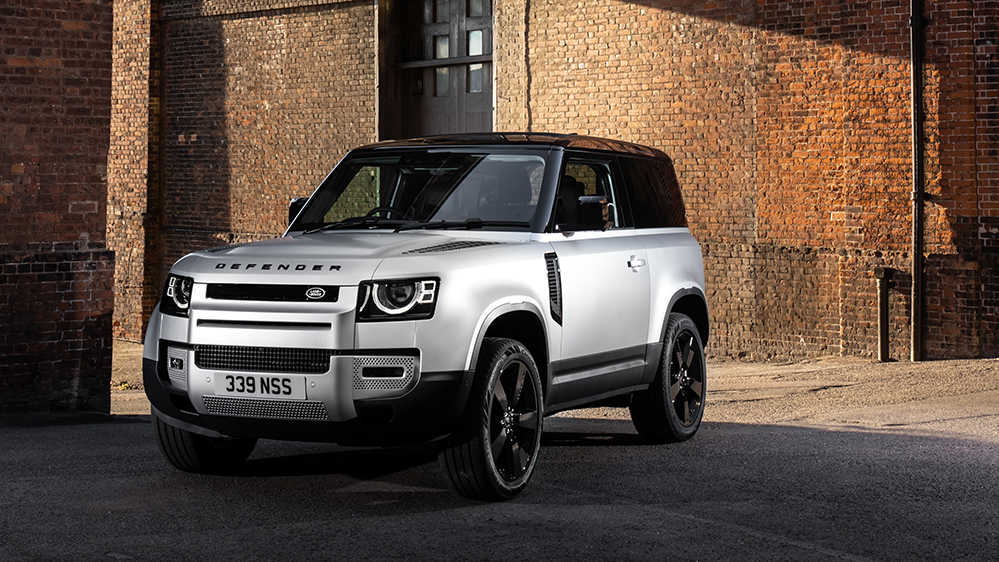 It’s a good time to be an off-road enthusiast who loves a two-door 4×4. Because not only is Ford bringing back the beloved Bronco in 2021, but the new two-door Land Rover Defender 90 is set to make its stateside debut as well.

The storied British SUV maker has just announced that the short-wheelbase version of the recently rebooted Defender will be available for US customers starting with the upcoming model year. The two-door version of the SUV, which was previously only sold in Europe, now joins the already-available four-door Defender 110 as option for American buyers.

While the new Defender 90 isn’t the only two-door SUV on the market—in addition to the new Bronco, there’s also the two-door Jeep Wrangler—it’s easily the most high-end option currently available. Basically, Land Rover has taken the Defender 110, shortened its wheelbase by 17.2 inches and gotten rid of the second set of doors. The trade-off? The vehicle is noticeably more maneuverable than before and has a better breakover angle, according to the automaker. And despite only featuring two doors, the vehicle can still fit six thanks to a front bench seat, the center portion of which can be pulled down to use as a center console.

In addition to the two-door variant, the Defender range is also getting a new trim level: X-Dynamic. Although it can be combined with other specification packages, its main exterior feature is a sporty gloss black cladding along the door and wheel arches. Open up the doors and you’ll find the brand’s unique Robustec material accenting the seats and center console. The automaker claims the material, which covers aspects of the interior that are subject to heavy use, is “inspired by textiles used in extreme outdoor activities.”

The new Defender 90 is available with one of two engines: a 296 hp turbo 2.0-liter four-cylinder or a 395 hp turbo 3.0-liter inline-six. Pricing starts at $46,100 for the base model and goes up to $80,500 for a fully loaded version. Deliveries of the vehicle are expected to begin by the end of the year.