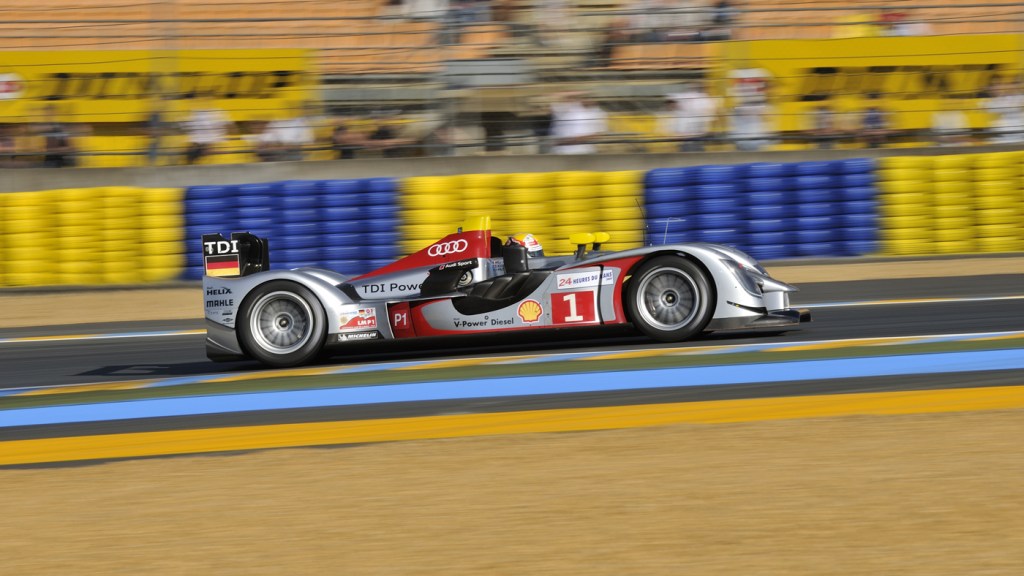 Even outside the milieu of motorsports, the 24 Hours of Le Mans is viewed as an icon of competition, a test not just of automotive mettle but human focus and fortitude. The premise of the race is simple: Whoever drives the greatest distance in a day wins. The proving ground, however, is a bit more complex. The nearly 8.5-mile Circuit de la Sarthe is a course that combines proper track and public roads in the region of Le Mans, France, and consists of sections that have, over time, become synonymous with triumph and tragedy.

The annual race—first held in 1923 but discontinued for a decade due to World War II—is revving up for its 85th edition on June 17. To commemorate the occasion, RobbReport.com presents the five most successful marques at Le Mans, and some of the vehicles that bought them victory.

Dominant during the 1920s, Bentley Motors Limited owes its legacy at Le Mans to the aristocratic band of brothers known as “the Bentley Boys.” Bonded by the need for speed, the gentlemen racers were mainstays of the contest and Bentleys were their chariots of choice.

At the first running of Le Mans, in 1923, John Duff and Frank Clement placed fourth in a Bentley 3 Litre and inspired founder W.O. Bentley to become more directly involved as a sponsor. The following year, the same duo placed first and started a winning precedent. From 1927 through 1930, different combinations of Bentley Boys took the top spot on the podium. Among the renowned names behind the wheel were Sir Henry Birkin, Dr. Dudley Benjafield, and Woolf Barnato. The latter, son of diamond baron Barney Barnato, was so committed to the cars that he purchased the marque in 1925.

After its early glory, however, Bentley did not see victory again at Le Mans until 2003, when Rinaldo Capello, Guy Smith, and Tom Kristensen piloted a Bentley Speed 8 to the marque’s sixth win to date.

Jaguar clawed out its first win at Le Mans in 1951 and prevailed throughout much of the decade with four more victories. For its debut at the endurance event, Jaguar covertly developed the C-Type, a competition-specific roadster, and entered three examples.

The aluminum-bodied car was based on the XK120 but was far more minimal in detailing, eschewing any unnecessary embellishments that would impede its purpose. The entry driven by Peter Walker and Peter Whitehead was the only one of the three to finish, but beat everyone else in the process. The model would repeat the feat two years later.

For its consecutive successes from 1955 through 1957, however, Jaguar relied on the more aerodynamic D-Type, which featured monocoque construction. But after its flurry of first-place finishes, Jaguar had to wait 31 years for more magic at Le Mans. The marque won with the XJR-9LM in 1988 and the XJR-12 in 1990, bringing the grand total to 7 titles.

Enzo Ferrari first put his prancing horse logo and livery on an automobile in 1947 (with the 125 S), and just two years later won at Le Mans with the 166 MM. The model’s initials stand for Mille Miglia, Italy’s 1,000-mile road race that the 166 won in 1948 and again in 1949, the same year it won France’s famed contest with Luigi Chinetti and Lord Selsdon as drivers.

The 1950’s provided Ferrari with only two other triumphs at Le Mans, as it bested Jaguar’s D-Type and Aston Martin’s DB3S in ’54 and ’58, respectively. But while the Fifties were fair, the Sixties would prove sensational, as Ferrari took first at Le Mans every year from 1960 through 1965, and did so decidedly. From 1963 (with the introduction of the iconic 250 GTO) through 1965, automotive stallions from Ferrari’s stable swept the top three positions each time.

Lonzo Bandini drives a Ferrari 250P to victory in the 1963 running of Le Mans.

Ferrari’s tour de force also fueled its renowned rivalry with Ford. In 1965, the United States–based automaker and its Shelby-American team became the first stateside winners and didn’t leave victory lane until 1970. Surprisingly, after its 9th win 52 years ago, Ferrari has yet to finish first again.

Audi did not leave an imprint on Le Mans until the new millennium, but its results since 2000 have been nothing short of remarkable. The German automaker has finished first in 13 of the last 17 years—prowess which parallels that of its premier pilot, Tom Kristensen, who has won there a record nine times.

Audi’s dominance was first driven by the carbon-fiber R8, a prototype powered by a 610 hp, 3-liter V-8 paired with a Ricardo 6-speed sequential transmission. It was later succeeded by the diesel-powered R10, R15, and R18 E-tron Quattro. With its last win in 2014, Audi has come in second and third, respectively, the last two years. Both times, the marque was looking up at Porsche on the podium.

No other marque has been as consistently successful at Le Mans than Porsche. It first placed ahead of the pack in 1970 with the 917K, a course-crusher powered by a 638 hp, 4.5-liter flat-12 engine which allowed the car to catapult from zero to 62 mph in 2.3 seconds and reach a top speed of 240 mph. The A-list automobile was also a star vehicle for actor Steve McQueen in the movie Le Mans, a film that used footage from the race.

Steve McQueen during filming of the 1971 movie Le Mans.

Porsche went on to win four more times in the 1970s, but the 1980s were record setting. It finished first from 1981 through 1987, the most consecutive wins by a constructor in Le Mans history. The streak began with the 540 hp 936, driven by Jacky Ickx and Derek Bell, and ended with the 962 piloted by Hans Joachim Stuck, Al Holbert, and Derek Bell.

Four more wins in the 1990s were followed by a drought until 2015, when the 919 Hybrid brought Porsche back to prominence. The marque maintained its primary position last year and will be chasing its 19th title at the 85th occurance of the 24 Hours of Le Mans on Saturday, June 17. The race’s rolling start is scheduled for 3 pm (CEST).