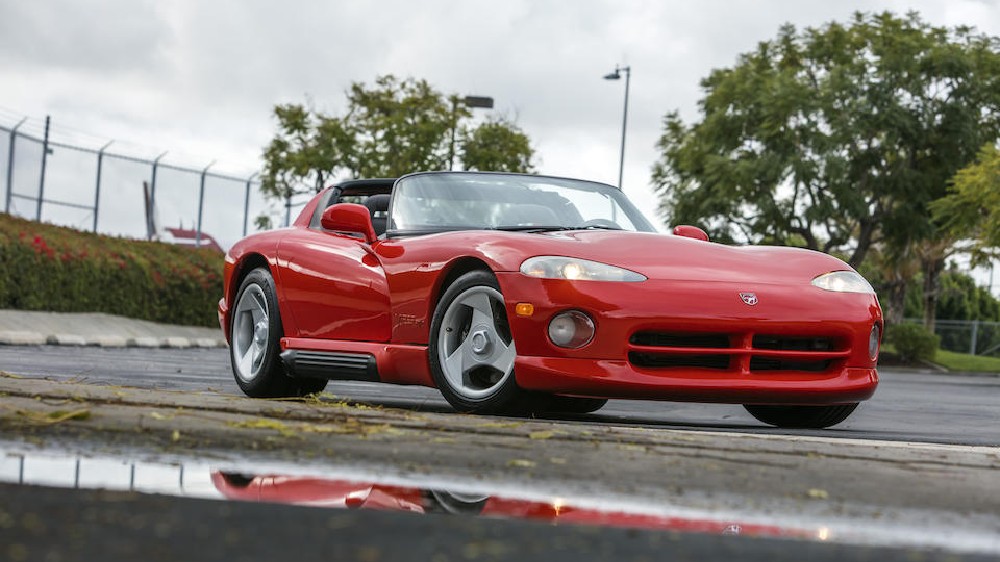 It may be strange for those of us who lived through the decade to think about, but cars from the 1990s now qualify as classics. With that in mind, the upcoming auction of the very first production example of one of the defining cars of the decade, the Dodge Viper, is one that collectors will want to pay attention to.

The first Viper, which was owned by the late legendary car executive Lee Iacocca, is set to hit the block as part of Bonham’s 2020 Scottsdale sales event this week. With a chassis number of 001, the 1992 RT/10 roadster is the stuff of middle schoolers’ dreams and easily the most desirable version of the American sports car.

Iacocca, who’s best known for spearheading the development of the Ford Mustang, was running Chrysler during the ‘80s when he greenlit the Viper—with a little encouragement from his old pal Carol Shelby—as part of his efforts to revitalize the automaker. And just as he promised at the car’s introduction in 1990, the executive took the first Viper to roll off the production line as his own a year later. Iacocca would retain the car until his death last July, totaling just 6220 miles on the red roadster during his time with it.

In addition to its low mileage, Iacocca’s Viper was regularly serviced at a Chrysler dealership outside Palm Springs, and because of that, the vehicle is in excellent condition inside and out, according to Bonhams. While its aggressive serpentine-like styling is what the car is most known for, the RT/10 was a true performance monster. The rear-wheel-drive roadster features a hulking 488-cubic-inch V-10 paired with a six-speed manual transmission that is capable of churning out 400 horsepower at 4600 rpm. Other features include four-wheel independent suspension and four-wheel disc brakes.

Iacocca’s Viper is scheduled to go up for auction on Thursday morning, January 16, at the Westin Kierland Resort & Spa. Sold without reserve, Bonhams expects the car to sell for $100,000 to $125,000. Considering that it’s the first production Viper built and that it belonged to the man who helped originate it, that price sounds like a bargain.