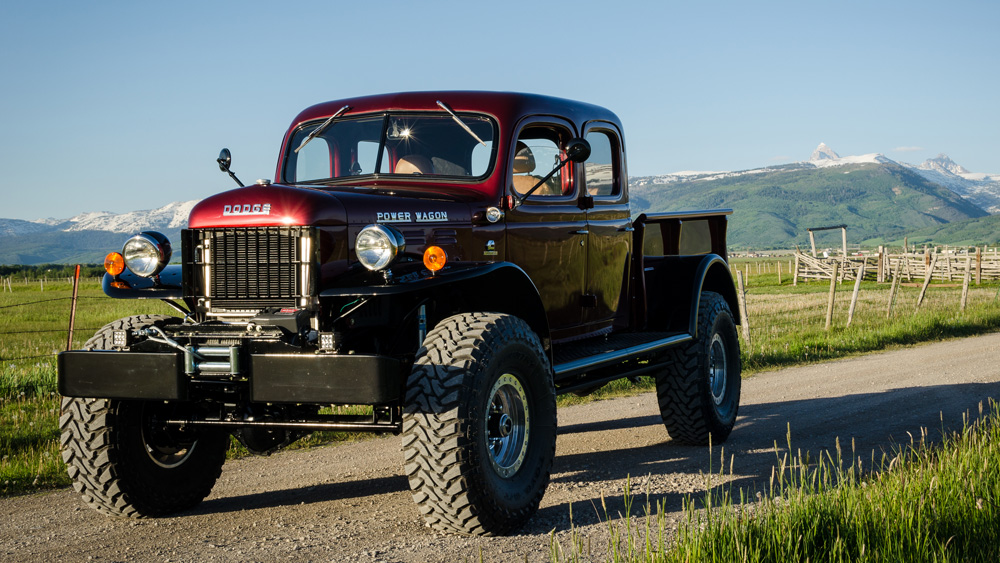 Winslow Bent’s childhood was defined by a love affair with automotive Americana. By the mid-1980s, around the time that he was 12 years old—or, as he recalls, “as soon as I could reach the clutch pedal”—Bent was driving an old Dodge Power Wagon, helping his father with a slew of outdoor jobs across his grandparents’ 600-acre ranch in northern Wisconsin.

The car enthusiast eventually founded Legacy Classic Trucks, a specialty-vehicle manufacturing company located in Jackson Hole, Wyo., and focused on antique Dodge Power Wagon conversions. “This is the truck that helped build all the bridges, dams and roads out West,” says Bent. “I want to build these sweet vehicles that can go out and do amazing things and give people the same type of incredible experiences that I had as a kid.”

Just over a decade ago, Bent completed his first Power Wagon conversion, a custom project that he sold for $100,000. More recently, Legacy Classic Trucks unveiled its 108th converted Power Wagon, a four-door iterant that introduced the firm’s third-generation designs. (Legacy Classic Trucks also builds 2-door options with regular and extended cabs.) At first glance, the four-door behemoth, which starts at $350,000, doesn’t flash many visual cues that distinguish it from its predecessors, but two noteworthy advancements establish its superiority to those previous builds.

First, Bent and his team lengthened the cab by six inches, focusing all of that space on legroom for the rear row of seats. Now, as Bent acknowledges, the restomod can comfortably accommodate five adults. Second, Legacy introduced compound turbos to its Cummins 4BT eight-valve diesel engine, bumping up the output to 350 hp and 600 ft lbs of torque.

“This Power Wagon actually has power,” he says, alluding to the fact that the original Dodge trucks produced during the second half of the 1940s were substantially lacking in the giddy-up department. “The original Power Wagons max out at about 45 mph if you stand on the accelerator for a long time.”

Although Legacy’s Power Wagon conversion can comfortably cruise at 80 mph, the real allure is its appearance. “It just appeals to everyone,” says Bent. “The look of the vehicle, the big swooping fenders and the headlights mounted on those fenders—it’s so utilitarian, but it’s also so animated. It looks like it wants to tell you something.”

In most cases, the trucks that Bent starts with do tell their owners something. Over the years, Bent not only established his own “car pasture” of Power Wagons waiting for restoration, he also researched the specific histories for each of them. “We try to do everything we can to learn where a vehicle has been and what it was used for,” he says, explaining that he’s restored some that saw action during World War II. “It adds depth and meaning to the vehicle’s existence and the experience of owning and driving it.”

Those interested in taking possession of their own Power Wagon conversion can expect almost a two-year wait from when a contract is signed. When the time comes to take possession, however, Bent encourages his clients to fly into Jackson Hole to “pick up this beautifully restored 80-year-old truck and blaze it across the country.” In fact, he’ll even break out maps to show all of the old highways that these machines traveled along during the middle decades of the 20th century. “It’s such an awesome experience being in one of these trucks in their true environment,” he says. “Who wouldn’t want to do that?”