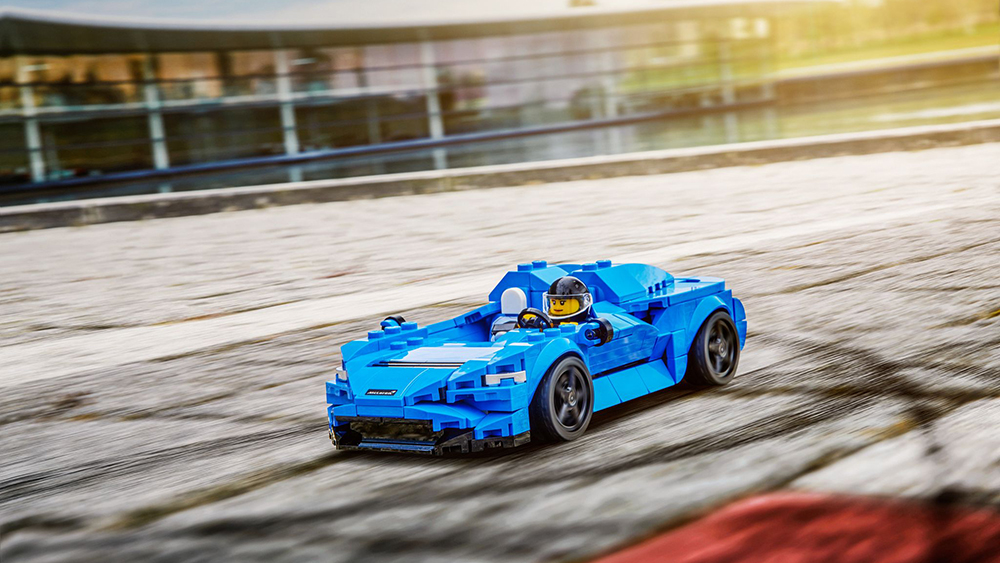 With a production run limited to just 249, the McLaren Elva is undeniably difficult for collectors to obtain. Lego just made it that little bit easier, however, by offering the million-dollar British supercar in miniature brick form.

The Danish company has just unveiled the McLaren Elva Speed Champions set that allows auto enthusiasts to hand-assemble their very own version of the luxe open-top roadster just like the marque does at its facility in Woking, England. Best of all, it’s priced at roughly $20, something of a bargain compared to the $1.6 million the actual four-wheeler demands.

Designed in collaboration with McLaren, the detailed 263-piece model measures 1.5 inches high by 6 inches long by 3 inches wide and bears all the hallmarks of its namesake. To recap, the Elva is billed as the McLaren’s lightest and most innovative supercar yet, with a thundering 804 hp, twin-turbo V-8 that catapults it from zero to 60 mph in less than three seconds.

Just like the original, the replica doesn’t have a roof, windscreen or windows for impressive aerodynamics even on a small scale. It also sports the Elva’s signature wide chassis and Active Air Management System (AAMS) vents, along with an accurate two-seat cockpit.

In addition to the pint-sized speedster, the set features a miniature figurine inspired by McLaren’s principal development engineer for the Ultimate Series, Rachel Brown, which comes complete with a helmet, race suit and wrench.

Brown has worked on a slew of incredible cars, such as the Senna GTR and the Elva, shepherding them all the way from concept to production while managing elements such as track and aerodynamic wind tunnel testing. She also supported the design and creation of Lego’s McLaren Senna GTR, which was released last January.

“It is amazing to have witnessed the Elva go from a boundary-pushing concept drawing all the way to final vehicle production,” Brown said in a statement. “It feels even more special now to see all of that hard work transformed into the Lego Speed Champions Elva model for us to share with children and fans across the world.”

If you want to add a (mini) McLaren Elva to your collection, you can pick up the the set from June 2021.