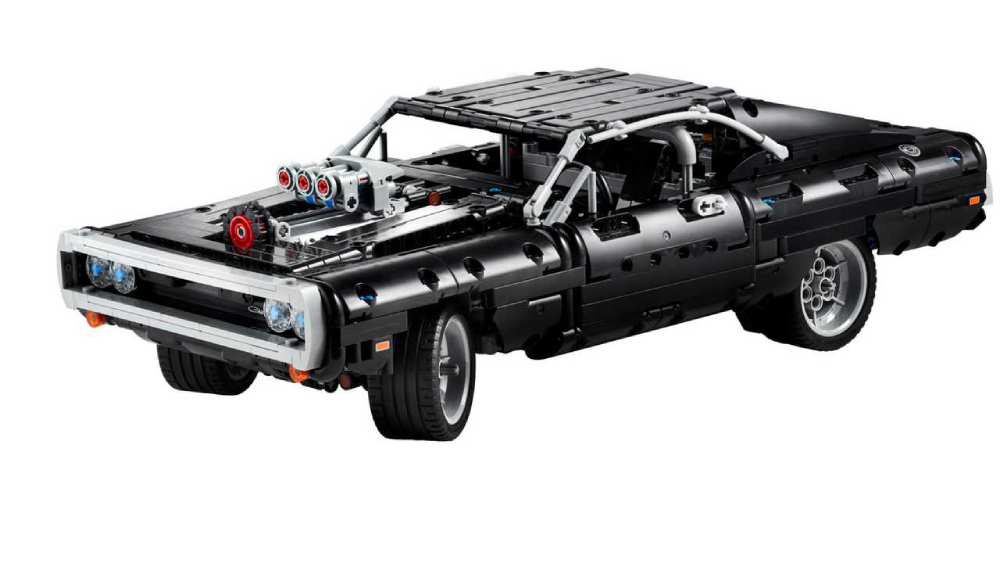 The Fast and Furious franchise has featured more than its fair share of souped-up automobiles, but the most iconic just might be the 1970 Dodge Charger belonging to Dominic Toretto, the character played by Vin Diesel. Now, Lego is letting every fanboy in on the fun with a model version of the sleek muscle car.

Building the detailed specimen––which consists of 1,077 individual pieces––it’s one of several great ways to pass the time during this period of social distancing. Designed with loads of details, like a hood that opens and wishbone suspension, it’s a technical challenge to assemble with a look that will be display-worthy once complete.

Part of Lego’s Technic line, the model (which retails for $100) also comes with features like moving pistons rarely found in the category. The front end comes complete with a version of the car’s recognizable V8 engine while the trunk has a bottle of nitrous oxide that nods to the films’ speedster plotlines.

Measuring 15 inches long, 6 inches wide and 4 inches high, it has a hidden kickstand under its body so admirers can see its intricacies in the round when put up for viewing.

First introduced in 1977, the Lego Technic building system is made up of beams, gear wheels and axles, making it possible to recreate more complex models, according to the brand’s website. It offers advanced building sets for older children and adults alike with each detailed model inspired by vehicles from the real world and always including lots of realistic, working features.

Due to the worldwide impact of the coronavirus, this set will come out far in advance of the franchise’s next feature film. Its ninth installment was set for release on May 22nd of this year, but will now make its debut on April 2, 2021.