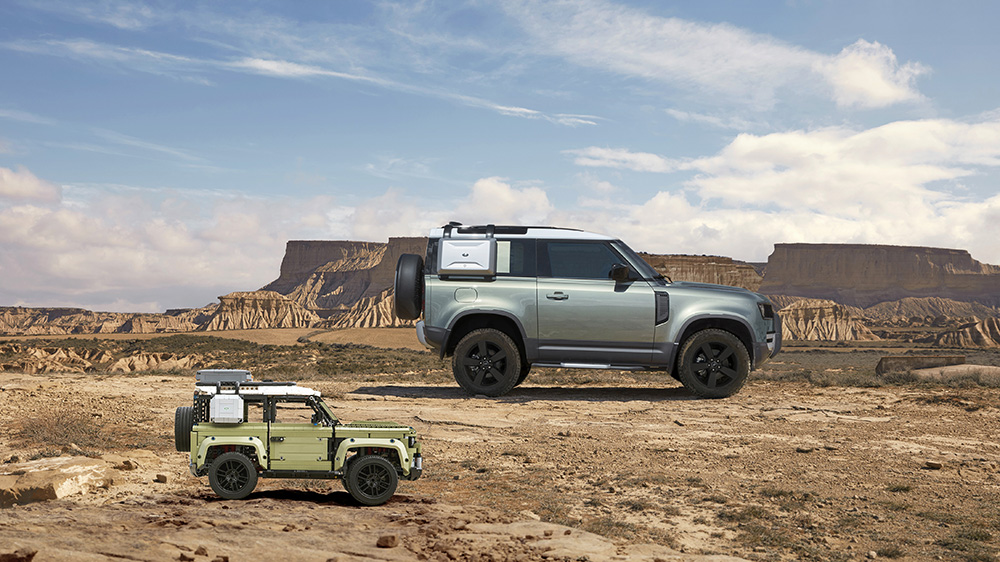 How big of a deal is the new, reborn Land Rover Defender? Big enough to warrant its very own Lego set.

The British SUV maker is commemorating the return of the Defender—missing from the US for 22 years and rest of the world for the last four—by collaborating with the Danish toymaker on a special, highly realistic 2,573-piece set inspired by the two-door model of the vehicle. Developed in conjunction with Land Rover, the model includes authentic bodywork and a slew of working functions, just like its full-sized inspiration.

Part of Lego’s more advanced Technic line, the Defender 90 set was designed to capture the vehicle down to the most minute detail. It includes authentic bodywork with Land Rover emblems, original-design rims with ground-gripping tires, a removable roof rack and doors, hood and tail door that all open. It also features a detailed in-line six-cylinder engine with moving pistons, a working winch, a four-speed sequential gearbox, easily the most complicated in the Technic line, independent suspension on both axles and four-wheel drive with three differentials. To top it all off, it features an accurate olive green, grey and black color scheme.

“I’m very excited about this new model—a truly impressive job done by our Lego Group designers,” the company’s marketing director Niels Henrik Horsted said. “Together with Land Rover, we’ve blended elements, design and innovative engineering into a set that shows the boundless creativity of Lego play, and that with Lego Technic you can build for real.”

This isn’t the first time Lego has teamed up with an automaker for a Technic set. The line currently includes models based on the Bugatti Chiron, the Porsche 911 RSR and a Chevrolet Corvette ZR1.

The Lego Technic Defender will be available on October 1 at Land Rover dealerships and online through the toymaker’s website. It will sell for $199.99.