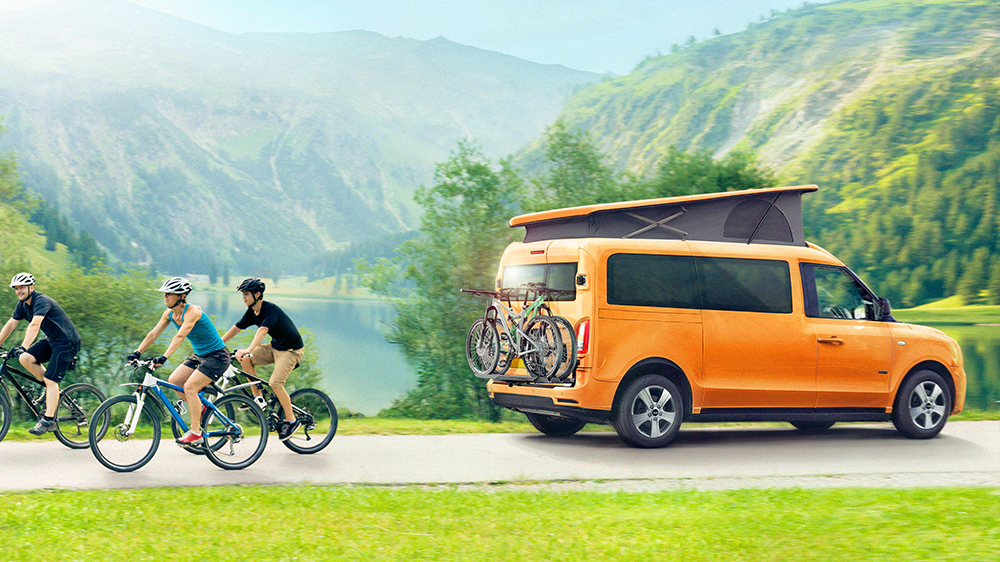 It’s hard to imagine a London cab roughing it in the wild, but some folks across the pond are hoping to change that perception. The London Electric Vehicle Company has just unveiled a new electric camper based on the city’s iconic black taxis.

LEVC, formerly known as the London Taxi Company, has been peddling cabs since the early 1900s, though its latest design is firmly rooted in the here and now. The four-wheeler, known simply as the e-Camper, will allow adventurers to journey off-grid with all creature comforts in tow.

Fitted with an electric motor and 31 kWh battery, the van can cover 60 miles on a single charge without releasing any harmful emissions. This setup is supplemented by a 1.3-liter engine that increases the range to 304 miles should your campsite be a little further away.

The camper can cover 60 miles on a single charge.  London Electric Vehicle Company

As for aesthetics, the van’s exterior styling takes cues from LEVC’s current electric taxis. It likely has the same turning circle, too, which will prove infinitely valuable when you’re trying to snag a parking spot.

Thanks to some clever engineering, the camper appears to be much more spacious than a traditional cab. The front seats flip around 180 degrees to create a makeshift dining space while the rear bench seat converts into a double bed to accommodate two. Another couple of campers can also sleep beneath the pop-up roof.

What’s more, the kitchenette and other amenities are able to run purely on electricity. This means the e-camper will have a much smaller carbon footprint than many of its RV rivals.

The camper can sleep a total of four adults.  London Electric Vehicle Company

The best part? You can customize the camper to the nth degree. There are several color options available as well as various luggage and gear racks to choose from.

“Our new electric, zero-emissions capable e-Camper offers the perfect solution and is well-equipped with high-quality features that can be tailored to meet a range of customer requirements,” LEVC’s CEO ​​Joerg Hofmann said in a statement.