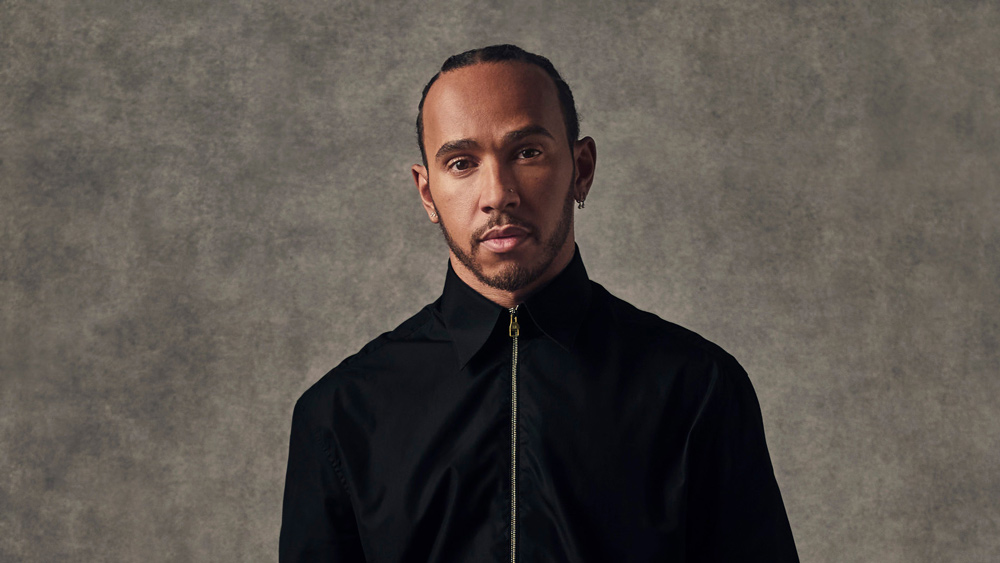 First things first: Judging by the data alone, it’s clear that Lewis Hamilton is one of the greatest Formula 1 drivers in history—arguably, the greatest of all time. Heading into the final race of the 2021 season, he holds the record for most F1 race wins (103), podium finishes (181) and pole positions (103).

Hamilton, currently with the Mercedes-AMG Petronas team, is also tied with Michael Schumacher for seven World Drivers’ Championships, a situation that could change by the time the checkered flag falls on the 2021 Abu Dhabi Grand Prix on Sunday. He enters the final contest locked in a battle with Red Bull Racing’s Max Verstappen for the title—if the British racer scores one more point than his rival, he captures a record-breaking eighth crown.

Hamilton poses with his dog Roscoe after ensuring the World Drivers’ Championship title in 2020.  Photo by PA Wire/PA Images.

In the week leading up to the grand finale, the keen minds over at online-learning site MasterClass have offered subscribers a chance to jump in the passenger seat of Hamilton’s psyche through a new virtual course, taught by Hamilton himself, on how to develop “A Winning Mindset.” In the interest of seeing if this program could help us predict how the racer would fare in the final showdown of the season, we sharpened our pencils, hunkered down and paid rapt attention.

Truth be told, we had already studied Hamilton’s approach to living a high-performance life. From the Netflix documentary The Game Changers, we learned about his transition to a vegan diet. In his sit-down with David Letterman in My Next Guest Needs No Introduction, we came to appreciate the challenge of rising through the ranks as a driver of color. Of course, we also binge-watched Formula 1: Drive to Survive to discover how the best racers in the world deal with the stresses of competing at the very highest level.

In one way, Hamilton’s MasterClass is like a companion piece to the latter series—we learn some things about how he prepares, but he doesn’t reveal all his secrets. For example, he shares nothing about his particular driving style or how it is that he produces such speed on track. (Hamilton admits to being guarded with people; this quality seems to have spilled over into the creative choices made here.)

Contrast this to the MasterClass presented by Serena Williams and the differences are stark. In one episode, the tennis star runs through the exact mechanics of how she serves; the viewer can take this information and apply it to his or her own game with immediate effect. In this respect, the lessons imparted by Hamilton are more suited to a broader audience, not only someone who wants to improve lap times at their private racetrack club.

The restart of the 2021 Saudi Arabian Grand Prix, with Hamilton in front.  Photo by AP Photo/Hassan Ammar.

Nevertheless, there are some fascinating aspects to what Hamilton has chosen to share about his career; these lessons suggest he’s an even tougher competitor than people may think. He’s been a formidable Grand Prix racer from the start—he tied a record for most wins in a rookie season. But he’s only become better over time, the result of a relentless drive to better himself.

Over the years, he has delved into mediation, explored new forms of physical training and pursued outside interests including music and fashion. All of these efforts have been in the name of fine-tuning his performance while creating a more well-rounded life at the same time.

In the class, there’s an entire lesson on failure, which is incredible when you stop to think about it. One of the most successful sportsmen of all time advocates using failure to propel yourself forward. “In my opinion, failure is 100 percent necessary for greatness,” he says. “To achieve greatness, to have that success, you’ve got to fail as many times as possible.”

Hamilton describes a time early in his career when things were not going his way. He was crashing a lot and, worse, he couldn’t keep pace with the top competitors in the series. He thought his dream of becoming a professional driver was over. And his father, who had provided support every step of the way, thought the same. Lewis was failing.

The next morning, he went on the longest run of his life, refocused on his goal and reminded himself of what he was prepared to sacrifice to achieve it. He pulled himself back from the brink, even though admitting defeat and quitting would’ve been a more straightforward and far easier decision. Hamilton notes: “I would always say, set yourself goals that are almost impossible.”

Not so long ago, the idea of breaking the record for World Drivers’ Championships seemed highly unlikely, if not utterly impossible. In 1957, Juan Manuel Fangio set the record by winning his fifth title. This marker held fast for over 40 years—despite the best efforts of Jack Brabham, Sir Jackie Stewart, Niki Lauda, Nelson Piquet, Alain Prost and Ayrton Senna, all of whom captured at least three titles each.

Then along came Michael Schumacher, who won his sixth World Drivers’ Championship in 2003, followed by number seven in 2004. Hamilton is now poised to pass that. On paper, it might seem like the only thing standing in his way is Verstappen. But the biggest obstacle, the notion that eight championships was impossible, has already been cleared. This weekend, we may have to temporarily pump the breaks on Hamilton’s MasterClass and instead watch as he attempts to school the competition in Abu Dhabi.