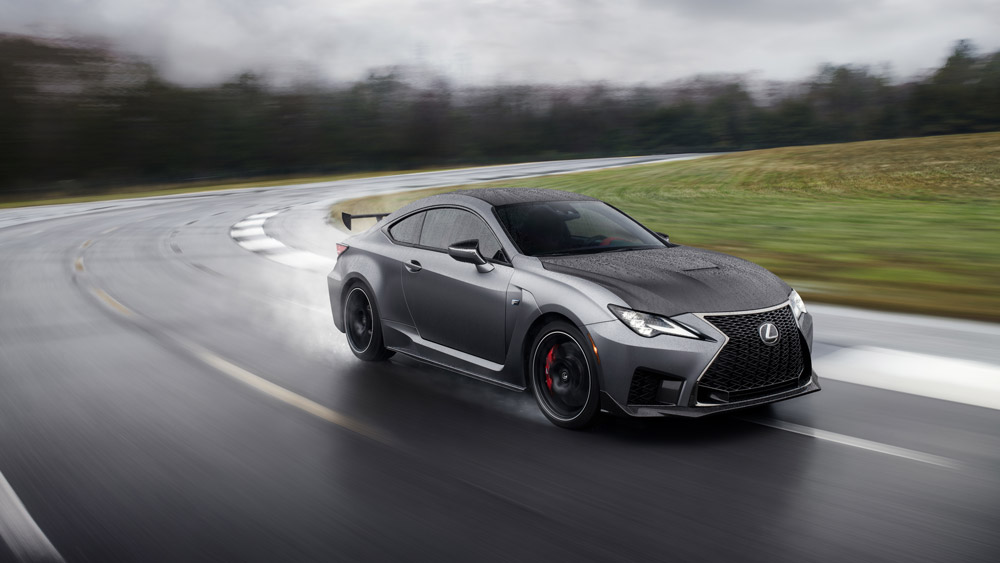 Lexus has steadily been ramping up its efforts to bolster its luxury line with some sporty additions. There’s the LFA supercar, a halo coupe from the Japanese brand, and the more attainable LC and RC coupes. There’s also the “F” designation, which draws inspiration from Fuji Speedway, and is appended to two- and four-door Lexus models alike. This week, at the North American International Auto Show in Detroit, the company unveiled the RC F Track Edition, its most decisive shot across the bows for the likes of Mercedes-AMGs and BMW Ms.

The RC F Track edition was developed on pedigreed tarmac, including the Nürburgring and tracks across Japan, and boasts a naturally aspirated 5.0-liter V-8. (If you’ve not been in a Lexus with a 5.0-liter engine, we can assure you that it sounds quite lovely, full of snorts and snarls.) Here comes a bit of the rub, though: The RC F Track Edition only adds 5 hp and 6 ft lbs of torque to the base RC F, bringing those totals to 472 and 395, respectively. Uh, Lexus? If you want to wage a sporty power war, you actually have to add heaps more power. Despite the meager increases, Lexus claims that a zero-to-60-mph sprint will happen in 3.96 seconds, shaving off a few ticks from the base model’s 4.5 second shuffle to the same speed.

A diet imparted by Lexus engineers is also helping increase the RC F Track Edition’s quickness. Drawing from knowledge gleaned from the RC F GT3 race variant, the team has given the car plenty of carbon-fiber bits to help shave 180 pounds from the 4,000-pound coupe. The front splitter, hood, roof, rear diffuser, and large, fixed rear wing have all been fashioned out of carbon fiber, while a titanium exhaust system and other aluminum suspension components also help to shed weight. Lexus even reduced the size of the air-conditioning compressor.

Aesthetically, it’s a handsome car. It looks good from most angles and that rear wing lets you know it means business during a track day. Lexus has hinted that it plans to beef up race-track activities after the launch of the model—another solid foot forward. While we’ll have to wait for final pricing, expect it to clock in above the $65,000 RC F, somewhere in the neighborhood of a BMW M3. Seat time will tell if it’s a proper competitor to its German counterparts.