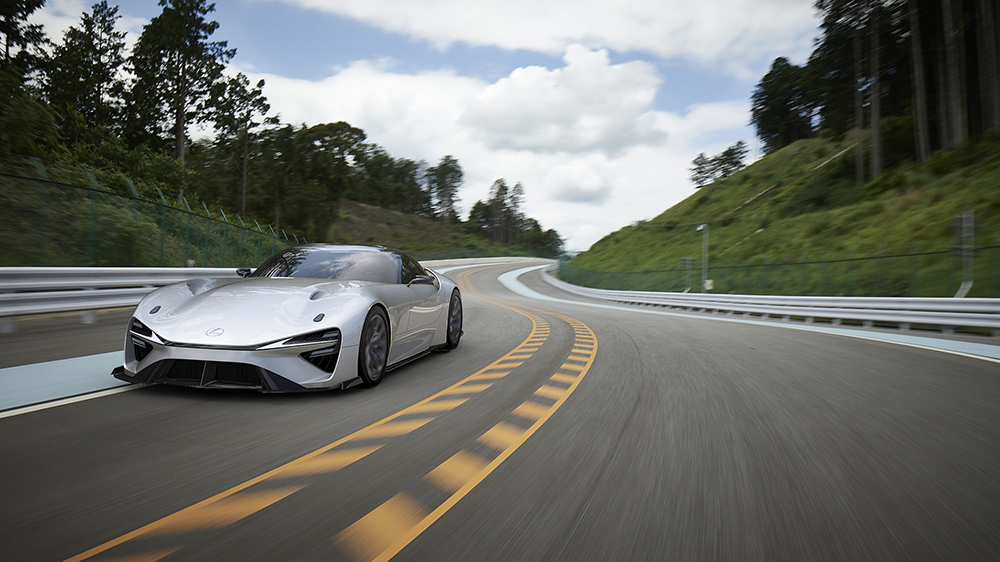 We already knew Lexus was busy electrifying its lineup, but now we know one of those vehicles may end up looking like.

The Japanese luxury marque has just released a new series of photos of the BEV Sport. It’s just a concept, but if the production version of the “possible” high-performance sports car looks anything like the vehicle shown in the images, we’re in for a striking new addition to the EV market.

This isn’t the first time we’ve seen the BEV Sport. The car made its official debut at Toyota’s showcase of next-generation electric vehicles last December. But the images released on Monday show the smooth speed machine from every angle. The silver two seater sits low to the ground and has sleek lines running from its long nose to its spaceship-like rear. It looks futuristic but still has traces of both the LFA and LC500 sports cars, which we’re sure will appeal to longtime fans of the brand.

Unfortunately, technical details remain pretty scarce. While we don’t know much about the drive unit or battery, we do know what kind of performance to expect from the two. The automaker said that it’s planning to have the car jump from zero to 60 mph in the low two-second range. That would make it just a smidgen slower than the Tesla Model S Plaid, which itself is about as fast as a supercar. Even more ambitious, though, is the brand’s targeted range of 430 miles. If that figure turns out to be accurate, it’s well above today’s industry standard of 300 miles. That’s no small feat, especially considering that it’s for sports car rather than a sedan like the Lucid Air (though that EV can drive an extra 90 miles on a single charge).

For now, those figures are just targets. It remains to be seen how attainable they are. If the Lexus delivers on its promise, however, it could be because the marque chose a solid-state battery to power BEV Sport, rather than a lithium-ion battery. A possible next-gen alternative, solid-state batteries could prove to be lighter than their lithium-based rivals, allowing cars to drive further on a single charge, even when you have the pedal to the metal.

Check out more photos of the BEV Sport below: