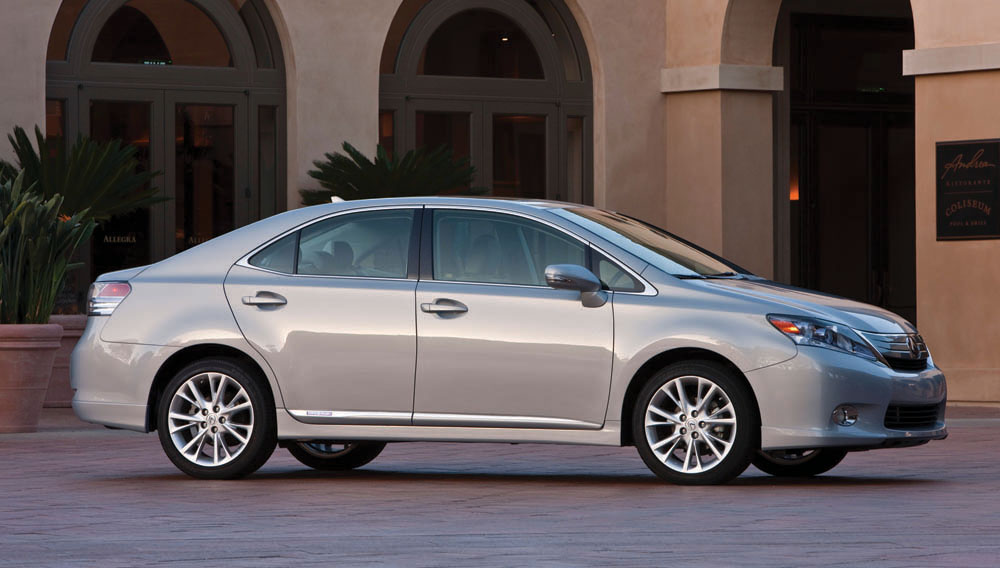 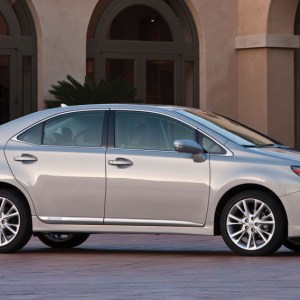 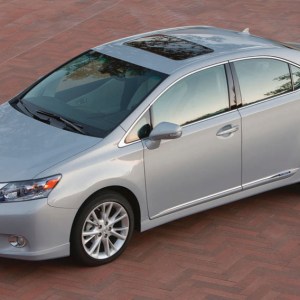 When Lexus began exporting the new 2010 HS 250h in the fall of 2009, the Japanese automaker became the first luxury marque to offer a hybrid-only model. If the car looks vaguely familiar, however, that’s because it is basically a Prius, optioned to the hilt. Leather-trimmed seats are incongruous with plant-based recyclable plastics on the interior, but the emphasis is on luxury here. Radar-operated cruise control, heads-up display, and 18-inch wheels are available upgrades. Standard eco-friendly fare includes a 2.4-liter hybrid motor that uses 87-octane gasoline—the cheap stuff—to generate 187 hp. In addition, the HS 250h employs several neat tricks to maximize efficiency. For instance, a heat-recovery system keeps the engine at operating temperature when it shuts off at stoplights. The windshield blocks infrared from the sun, reducing the need to run the air conditioner. Even LED headlamps contribute to improved fuel mileage, which are neighborhood of 40 mpg.

Pros: The first dedicated hybrid from a luxury automaker.

Cons: A Toyota Prius in a prom dress.